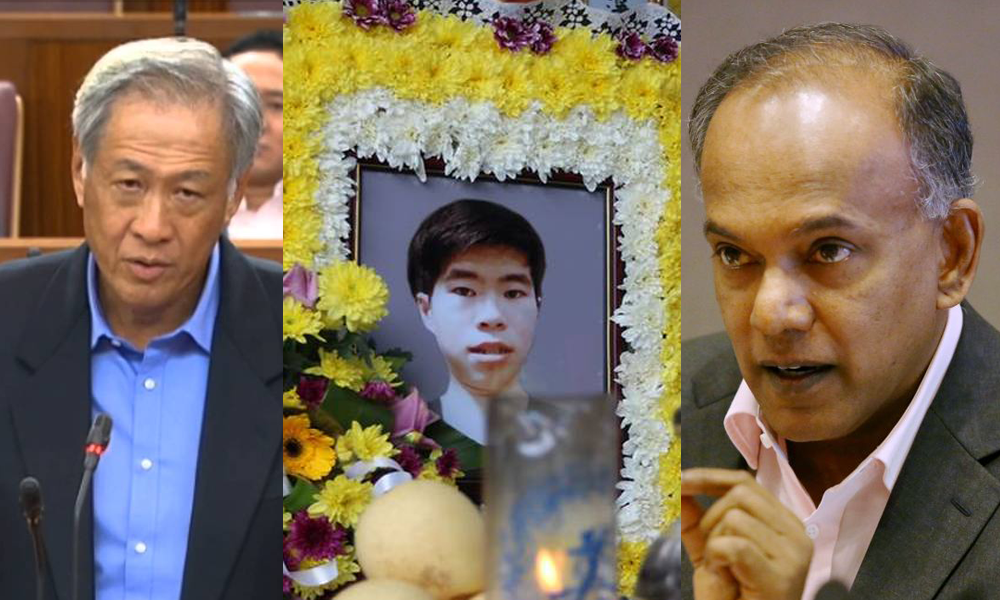 Criminal Charges are almost certain for those responsible for the death of SCDF full-time national serviceman, Corporal Kok Yuen Chin.

The Attorney-General’s Chambers has said that it is looking into criminal proceedings as police investigations into CPL Kok’s death continue.

Commenting on the matter, Law and Home Affairs Ministers Minister K Shanmugam said: “The Attorney-General’s Chambers tells me that. Based on the facts, I think so too. There should be criminal charges.”

Mr Shanmugam also said there is a fair bit of evidence on what had happened, but it would be inappropriate to reveal more details at this time.

He added that the Home Team is reviewing current rules and a new set of measures against ragging or unauthorised conduct will be drawn up.

CPL Kok is believed to have died following a pre-ORD ragging gone wrong.

Despite not being able to swim, he was found to have entered a 12-metre deep fire station pump well that was almost full, as part of the ragging.

A Board of Inquiry into his death has been set up comprising a majority of members from outside the government, and will be chaired by a senior director from the Ministry of Trade and Industry.

This, after the deaths of CPL Kok, and army NSFs Sergeant Gavin Chan and Corporal Dave Lee.

Mr Ng said that the SAF is currently evaluating the use of individual wearable devices to monitor a soldier’s condition in real time.

MINDEF, he said, will also commission an External Medical Panel, as it did in 2010, to review the armed forces’ policies and measures for the management of heat injuries, particularly as recorded temperatures here have gone up over the last two decades.

Dr Ng added that following these deaths, independent and impartial investigative processes will be taken to determine the key facts, arrive at appropriate conclusions, take corrective measures to ensure that mistakes are not repeated.