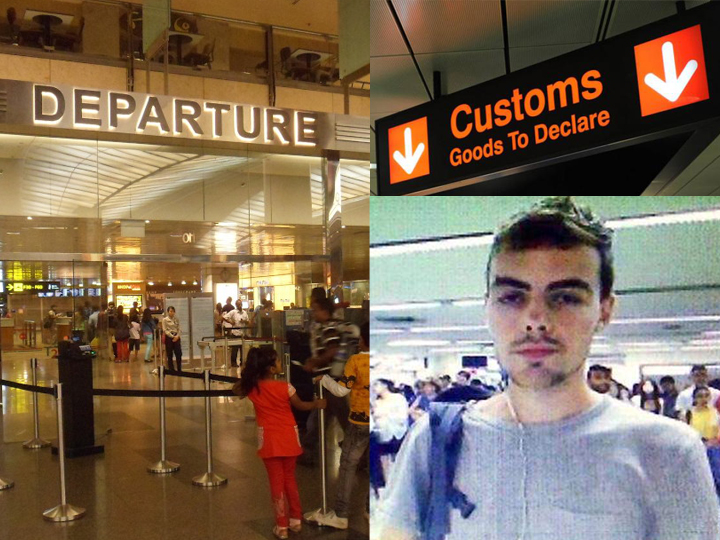 The Canadian crook’s mommy is very shocked that her son could be a bank robber, but I’m more shocked at how The Roach managed to get past Singapore Customs with the S$30,000 loot.

He was arrested with only a haversack to his name, according to Shin Min Dail News, and Standard Chartered didn’t write him a check for the S$30,000, so he must have… carried the cash in his bag then?

State media outlet The Straits Times was quick to point out that tourists entering Thailand must make a declaration at Thai customs, as though it was questioning the capability of Thai authorities to spot an offender like The Roach.

Well, in Singapore, it has been an offence from 1 September 2014 for Singaporeans and foreigners to carry more than S$20,000 out of the country (Anyone who fails to give a full and accurate report is liable to a fine of up to $50,000 and/or jail for up to three years).

So what about our local authorities? How capable were they?

The police implemented such a measure (filling out and submitting a CBNI Report form to immigrations officers) for the purpose of fighting transnational crime.

Looks like this didn’t help one bit in stopping this polite bank robber in his tracks.

Was this because customs officials were sleeping, or were they lulled into a sense of complacency by the Roach’s boyish charm and a face that perhaps not only a mommy could love?

Singapore had a chance to showcase the strength of its inter-governmental agency vigilance in keeping the country safe, and Singapore failed.

While investigating the Roach, the authorities would also do well to conduct an internal investigation regarding their own staff.

There are wider implications to such a lapse – just think, terrorism.

It’s a waste of money holding all sorts of anti-terrorism exercises, or constantly asking citizens to maintain vigilance, if the authorities don’t sort out their weakest links in the system.