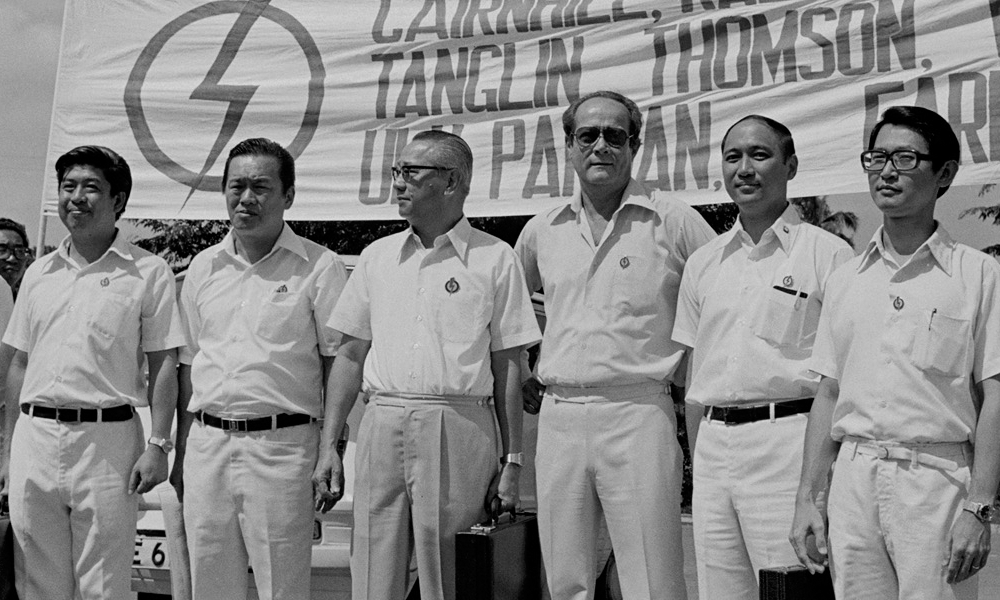 The husband of Gillian Barker, took to Facebook in response to ESM Goh’s comments, which implied that million-dollar salaries for ministers are necessary in order for Singapore to attract top talents to join the government.

“My wife Mrs Gillian Barker would like to say when her father went into government in 1963 he took a paycut of something between 70-80p percent but he never regretted it because he believed in public service.

He headed the committee that wrote the Singapore constitution, personally wrote the document which seperated singapore from Malaysia, headed 5 ministries at different times, was the longest serving minister of law in the world and did numerous other things.

My wife is deeply offended by the idea that low pay attracts mediocre people. By saying that you are insulting all the founding fathers who took low pay but put our country on the path to the phenomenal success it has achieved. Their sacrifice, our gain.

If they need an excuse for high pay, perhaps one that doesn’t insult the people who came before them might be a better alternative. What happened to the concept of public service? If money is what you want then go out into the world and make some.

Government should be about the people you serve.”

Mr E.W Barker was a trusted friend of the late former prime minister Lee Kuan Yew, and served as Singapore’s Minister of Law from 1964 to 1988.

Most notably, he is remembered for having negotiated Singapore’s separation from Malaysia in 1965, and drafted the separation documents which led to Singapore’s independence.

According to the National Library Board’s archives, Mr Barker “had not planned to be involved in politics, he agreed to do so out of feelings of attachment and loyalty to Singapore”.

Mr Barker’s daughter was responding to this comment that ESM Goh made at a recent grassroots session in which a participant had questioned whether it would be prudent to ctu ministers’ salaries and channel the money towards pensions for the elderly.

“You said cut ministers’ salaries. That’s very populist. I’m telling you the ministers are not paid enough. And down the road, we’re going to have a problem getting people to join the Government. Because civil servants now earn more than ministers. Are you aware of that?

“And where do we get future office holders from? From the private sector? I tried for the last election. Two of them – one earning S$5 million and one earning S$10 million a month. To be minister for S$1 million?

“So where do you want to get your ministers from? From people who warn only S$500,000 a year? You’re going to end up with very mediocre people who can’t even earn a million dollars outside. Is it good for you or is it worse for us?”