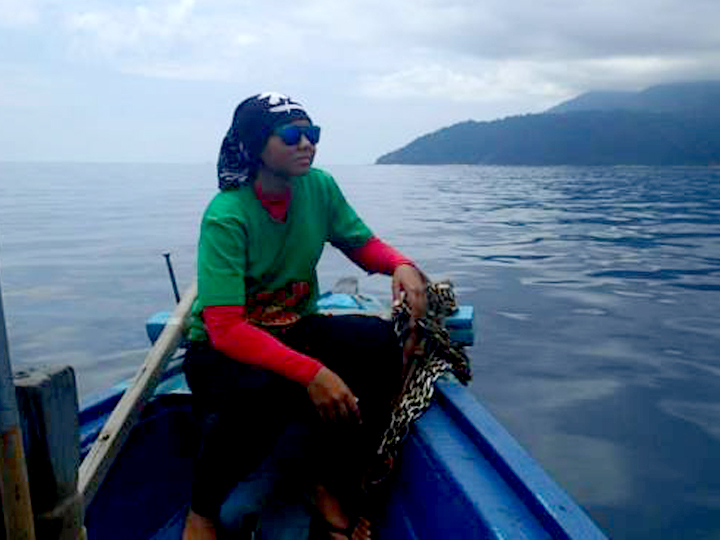 A desperate dad, Zulfikli Jabal, is appealing for the public to donate money so his family can pay off a S$69,000 debt owed to the Ministry of Education.

His daughter apparently failed both her practicum on both tries.

That’s the teaching practice module where trainee teachers are assigned to teach at schools for a two-month period.

Failing means she has broken her teaching bond, and has to pay back the debt she owes the MOE.

Trainee teachers receive a monthly allowance between S$1000 and S$1500 during their 4-year  training stint with the National Institute of Education.

Zulkifli is looking to raise S$50,000 through crowd-funding, and has so far received about S$1100.

This is his story:

Our whole family was delighted that our second daughter got through the teaching interview. She was an exemplary student in school and her strongest characteristic is that, she does not give up in all her pursuits.

She got all the relevant teachers and even her PE teacher to write her testimonials in order to support her application to join the teacher’s trainee programme for ‘O’ Level students.

Prior to this, my daughter had already gained entry to one of the diploma courses in the Polytechnic through their Direct Admission exercise, where they base the qualification on the student’s preliminary examination.

She qualified for health and fitness, event management and nursing courses. If we had a crystal ball, we would not have opted for the teaching course.

I had always thought of my daughter’s strong determination to overcome all odds to succeed in life would enable her to be successful in any course that she took. This is after seeing her excel in the National Team in Silat (Malay Martial Arts) and doing well in training others to master the skill.

She even cleared her studies in the Polytechnic even though she had never studied chemistry and additional mathematics during her secondary school years.

Our main intention for her to take up the profession was because of the values she can pass on to her students, if she were to become a teacher eventually.

She proved herself well when she was doing the course at NIE scoring over 3 points for her GPA. The practicum was supposed to be just a formality before she became a teacher.

Life is known to throw you a curved ball and we were shocked when my daughter did not get through her first practicum despite almost getting a pass for the second observation.

She had to pay $700 to do the second practicum without getting any allowance for it.

This is very stressful for everyone because it is at the tail-end of the course and the amount to be paid back to MOE is certainly much more compared to if she were to drop out of the course earlier.

At the second practicum, she had to take it in a different school. It was as though she started from ground zero because the school’s culture was different from the previous school.

She did not go to a higher ranking school so actually she was in a worse position coupled with the mentors having no interest to coach anyone.

My daughter wanted to do her best at this second practicum but it seemed that nothing was going her way.

The following is her personal account of what she went through at the second practicum.

1. I spent sleepless nights to prepare the lesson plan and taken every feedback to improve it and work on it.

2. I spent a lot of time improving my lesson plans, I did my very best to execute everything I have planned during lesson. Due to the amount of time I spent improvising the lesson plan, it hinder my progress to prepare for my other topics.

3. I have spared time to participate in preparing for teacher’s day celebration. I choreographed a presentation by the students for the occasion which have taken much of my own time.

4. I am involved and present in every Judo session and wrote a reflection about what I had observed

5. I paid $700+ to redo my practicum and when I explained to CT 2. She said that money doesn’t go to them. I was taken back by this reaction and felt lost.

6. CT 1 was taking part-time degree studies, she made me felt that I was a burden to her hence, I dared not approach her for help. She too had sleepless nights, her son was falling sick most of that time. I felt stress about it. She did try to share with me about her problems and how she was able to overcome it.

7. She could only spend a certain amount of time with me as she has to complete her own assignments.

9. I came very early to school at 6am to prepare equipments for students so that I was able to save time and able to carry out my lesson smoothly.

10. I tried to approach to CT 2 for advice and motivation to persevere; she said that if I failed this practicum, I have a diploma to get a stable career and pay the liquidated damages and the numbers will eventually go down.

11. I have a friend in the same school, she’s a classmate of mine. She too was teaching the same subject as me. The CTs goes to her and tell her what were my flaws and finding out from her what was wrong with me. My friend would come to me and tell me what they had spoken about me. Why must they do that instead of discussing this with me directly?

12. My friend and I, we quarrelled about it because I was unhappy that the CTs went through her instead of facing me. The CTs tried to find out more from her about me whether I am always this emotional. I felt that this situation was as if they were talking behind my back.

13. This caused me to build a barrier between myself and the CTs. I was clear that I have to work together with them. Due to this incident, I dared not to speak or seek help from anyone.

14. When my NIE supervisor wanted me to do a reflection, I did and email to her. I never got any reply from her on how I could overcome it.

15. A week before the moderation, I came to my senses and told the subject head; Ms ABC  that I want to put all this behind and forgive my friend, I want to keep moving forward and do my best in the moderation.

16. I went back home and take every feedback and make amends. The feedback that kept appearing was that there was no link in my PowerPoint slides and in my delivery. I should add more visual so to cater the different learning needs of the students.

17. I felt the moderation was my only hope that I could prove to them I have not given up. I had searched for hours, videos and clear explanations for the terms which were one of the areas of improvement that I felt I did quite well but still it was not significant enough

18. I have done well in NIE as I passed all the modules.

19. I was late once because of the traffic jam. The rest of the week I reported punctually to work. (unquote)

The thing that we feared most has now dawned upon us. My daughter is now slapped hard with a SGD$69,000.00 debt.

What is worse than this is, the diploma that she received from this course is too specialized for teaching and have no commercial value. This means that she had wasted 4 years of her life pursuing something that cannot be used unless she is a teacher.

So friends, this is where we as a family are now. We are burdened with a debt of SGD$69,000/-. We cannot afford to pay and have exhausted all avenues for appeal, including to the Prime Minister Lee Hsien Loong. MOE says our daughter has to pay and there is no other alternative.

We appeal to your good sense to help us in our bad financial times, so that, as a family, we can move on and have closure to this horrendous episode in our lives. No amount is too small for us. We thank everyone for reading and understanding our plight and donating to us.