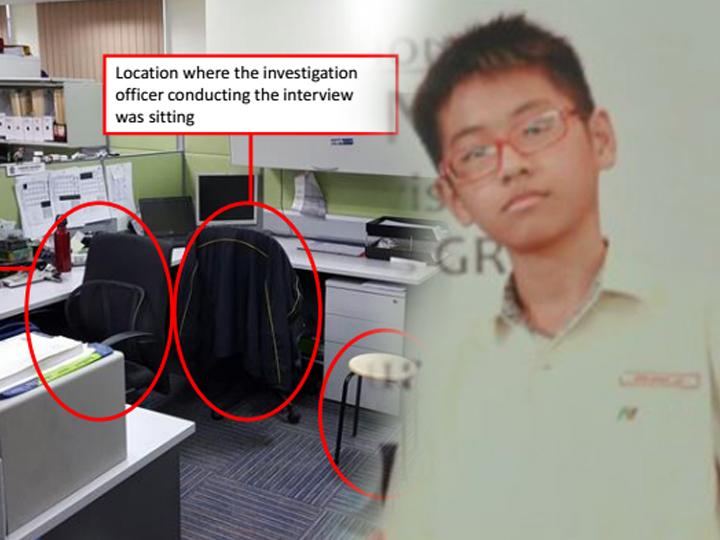 RONALD LEE: I’ve refrained from discussing the suicide of Benjamin Lim until further facts were provided by the police. That was out of respect for the family of the young man, and our boys in blue.

Besides, everyone’s a lawyer now across state and social media platforms.

But for clarity, and after being pressed for my/our thoughts about this issue many times over the past two weeks, let’s explore this further piecing together news reports and the latest revelations by our Home Affairs Minister.

This would form the foundation of our 5-part series on the Death of Benjamin Lim:

To sum up the chain of events as we know it for now:

-a plainclothes officer talked to Lim and arrested him at his school for further investigation
-at the time, police suspected but couldn’t confirm that the culprit was Lim
-Lim was taken to the police station by 3 plainclothes officers, one of whom alighted midway

-Lim was spoken to alone, in an office cubicle at the police station for about 3 hours
-he was offered food and drink after the interrogation and declined both
-he told the police that he molested the 11-year-old girl, and had intention to do so
-Lim is placed in a holding room while police record a statement from his mother
-Lim is released on bail and his mother and sister bring him home

-Lim’s father writes an open letter to The Online Citizen
-he said that Lim admitted guilt because the police “said I am guilty, so I am guilty lor”.
-he said that Lim’s last meal was a cold bun and a drink
-he revealed that Lim was a member of the National Police Cadet Corps, and working at MacDonald’s
-Lim’s father calls for privacy and confidentiality after Shanmugam speaks in parliament

(6) The Role of The Online Citizen

-TOC took it upon itself to take up Lim’s cause
-it published over 20 stories about the suicide, some which were subsequently proven untrue
-one untruth involved a netizen claiming police arrested Lim with wearing shirts with the word “police”
-TOC also published opinion pieces from the public regarding the circumstances of Lim’s arrest and suicide
-Shanmugam accuses TOC of misleading the public and wronging the police
-TOC rubbishes the accusations

This story is part 1 of a 5 part series on the Death of Benjamin Lim. Read more: