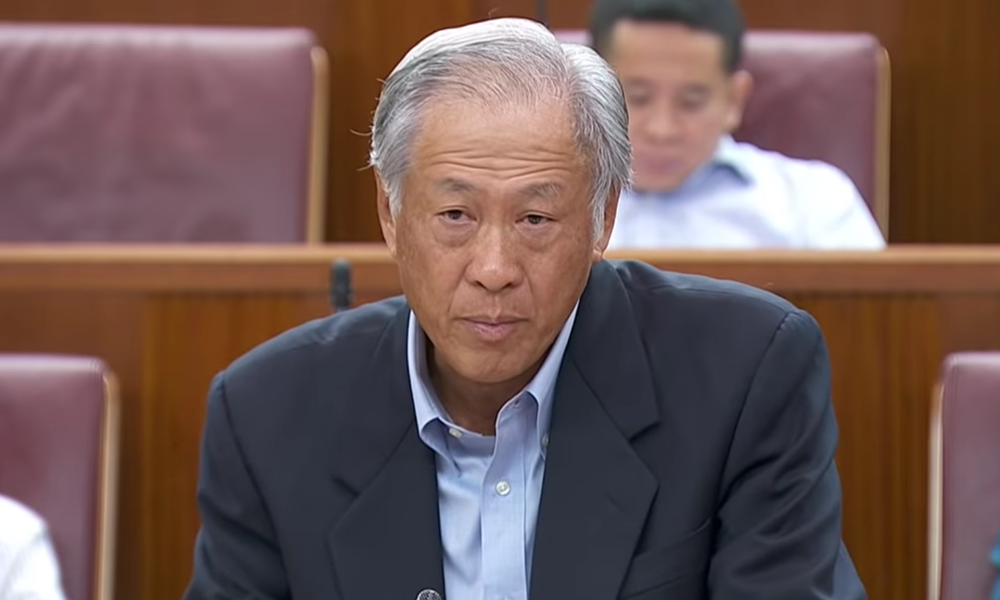 Defence Minister Ng Eng Hen has apologised for the deaths of national servicemen due to training-related activities.

Speaking in parliament today, he said:

“I am deeply sorry for the loss of four precious NSmen in the last 17 months,”

Dr Ng added that MINDEF and the SAF will hold themselves accountable for every single NSman entrusted to them.

“This imperative of NS and our national defence does not absolve or reduce the accountability of MINDEF and the SAF in any way, to ensure safe training. On the contrary, it compels MINDEF and the SAF to do all that is humanly possible to prevent training deaths for NSmen because precious sons have been entrusted to us by their families.”

Dr Ng said that SAF unit commanders found to have committed safety lapses will be penalised during their performance review, even if accidents have not occurred, as part of measures to drive home culture of safety and enforcement against slack practices.

“Commanders of units which do not meet standards and have committed lapses in safety procedures and processes will have this marked against them in their performance reviews. Let me emphasise that such commanders will be marked as having performed unsatisfactorily even if accidents have not occurred. This is the right emphasis to prevent accidents.”

Dr Ng’s statement comes after the most recent, and most high-profile NS training that – that of 28-year-old actor Aloysius Pang.

Pang, who was serving his reservist, was killed while carrying our repair work on a Singapore Self-Propelled Howitzer during a live training exercise in New Zealand.

NSF Liu Kai was killed on 3 Nov last year, after he was crushed by a Bionix vechile.

NSF Gavin Chan died on 15 Sept 2017 after he was ejected from a Bionix during training exercise in Australia.

Dr Ng’s statement comes after MINDEF revealed on 31 Jan that it will set up an Inspector-General’s Office (IGO) to ensure a command emphasis on safety across all SAF units.

Commenting on the move, he said:

“This move also responds to ERPSS (External Review Panel on SAF Safety) finding that while the safety policies and management systems of the SAF are largely in place, there was a need for more compliance checks and ground level audits.”