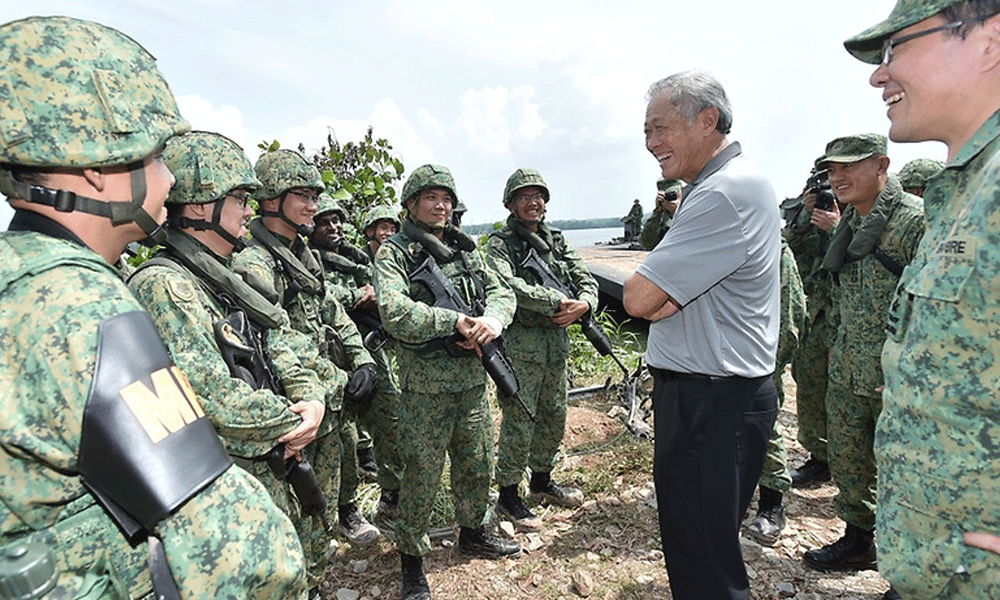 He was responding in writing to a parliamentary question from Workers’ Party MP Faisal Manap, who asked about the number of MCs issued by private general practitioners that have been revoked by in-camp medical officers in the last 3 years.

Dr Ng said that while SAF MOs do not revoke MCs issued by external doctors, unit MOs may propose amendments to the MC after a clinical review and discussion with the doctor who issued the original MC.

Dr Ng said that instances of amendments are “infrequent”.

National servicemen have lambasted Dr Ng for his parliamentary response, saying that the defence minister has lost touch with what is happening during training.

Many individuals have shared personal anecdotes, essentially telling the minister not to talk cock and pay attention to what is going on on the ground:

“My personal experience just as recently as May this year amongst others, NUH (and not even general private practice) gave official MC. At the Kranji camp, it was changed to light duties, no MC. That’s a revoke not a slight amendment. And, no, they didn’t call my specialist nor consult anyone else further. The MO at the camp just changed it easily.

“I was given 5days Outpatient sick leave by CGH to stay at home for contagious eye infection during BMT. 2WO <name withheld> Ng asked me to go back and endorse my MC. I followed the protocol and was place at the Isolated Sick bay by Camp MO. Either the defence minister is lying to the press, or the camp MO is abusing their authority to revoke MC.”

“10 years ago my unit CO banned all of us from reporting sick outside. Including hospital and polyclinics. All MCs from non-SAF medical centre were rejected.”

“This is not true in active units. You get MC outside, OC not happy because he wants to win the company to move out strength, he will force you to come back if not 14 days SOL. So either way, what happens in camp will stay in camp whatever that has been said outside will never have an impact on things happening inside.”

“My friend has a back problem. CMPB gave him PES A despite letter from specialist, he can’t do squats or crawl and always kena F by officers saying he chao keng. He went to see the camp MO and demanded an X-Ray. MO threatened to charge him if nothing was found. When the MO saw the x-ray his tone and face changed to very caring and concern. He was later down pes to C.”

“They don’t? Because my camp MO (Medical Officer) threatened to cancel my long term mc before my spine surgery (spine fracture requiring fusion of L5 & S1) cos he saw the medical ID of the specialist to be more junior than him.

Had to make an urgent phone call to the head of Orthopaedic of SGH (the one who will be operating on me and had tasked the junior specialist to issue my mc) for an urgent appointment to get a letter to explain why I was given such a long mc.

Saw the head, explained my situation and requested for a formal letter as camp MO wanted. He simply gave me his name card and ask the camp MO to give him a call should the MO be unsatisfied with his diagnosis.

Went back to camp, gave the name card and passed the message. The MO’s face turned green and endorsed the original mc without a second word.

He wanted to play rank and experience and got played back in the same way by one of the highest authority of orthopaedics in Singapore.”