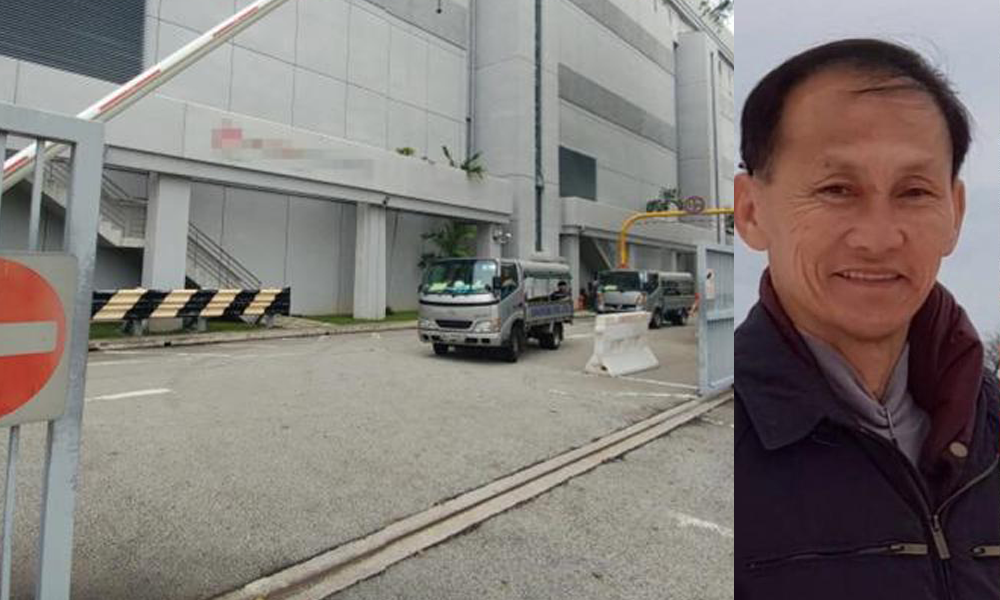 He had 20 years of experience under his belt, but this freak accident with a lorry proved fatal for this deliveryman uncle.

57-year-old Wu Yu Cai was delivering goods with a partner at Woodlands Industrial Park yesterday (7 Aug)  when he was struck by his own lorry and pinned against a wall.

At about 10am, Wu’s partner was delivering a set of goods to a factory unit.

During that time, Wu started the engine of his lorry then went to close the rear hatch of the lorry.

The lorry suddenly reversed into Wu, smashing him against a wall and crushing his ribs.

Wu was sent to hospital but died from his injuries.

They hope that CCTV footage at the factory managed to capture the incident, so they can understand what led to their father’s death.