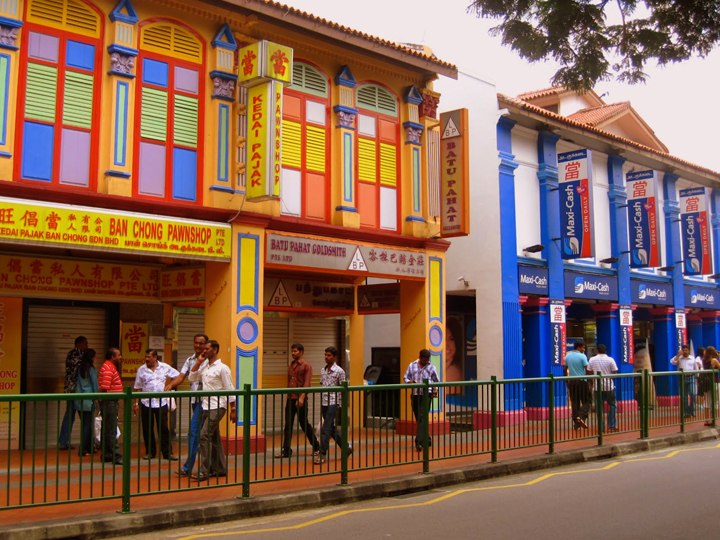 “It was obvious that the pre-riot crowds have returned to Little India. Madam, congregations of such high density are walking time-bombs and public disorder incidents waiting to happen. It is important that we do not take our eyes off this matter lest we want history to repeat itself.”

RONALD LEE: It sounded like something straight out of a SingFirst rally, and only upon close look would you realise that this seemingly xenophobic comment came from Jalan Besar MP Denise Phua.

She was speaking in parliament, after taking a walk in Little India.

Ms Phua has since apologised for using the phrase “walking time bombs”.

The public is divided in its opinion as to whether Ms Phua was being racist practical.

What’s more worrying, I believe, are Ms Phua’s suggestions, such as:

What’s worse is this separation would take place all within Little India, heightening the sense of class and race segregation.

If history teaches you anything, it’s that such an attempt at segregation is going to lead to another Little India riot.

And this time round, it’ll be much more impactful and brutal.

When African Americans in America faced segregation, to the extent where they were even allotted specific spaces at the back of public buses in the 1960s, they rioted.

All these were effects of racial segregation over extended periods of time.

Are we prepared to head down this path by adopting Ms Phua’s proposed measures, which smacks sorely of the creation of an elite Singapore upper class and a lower caste of Indian foreign workers?

And, is it wise to treat Indian workers as second-class persons in, gosh, Little India?

Nelson Mandela won a Nobel Peace Prize for his struggles at eliminating class and racial division in South Africa.

Is Ms Phua suggesting we do the opposite of that in Singapore?

Ms Phua can apologise and say that she gets along well with foreign workers.

The question is, if we take her lead, are they going to play well with us?

This is Denise Phua’s parliament speech in full:

“Mr Melvin Yong and I are the local Members of Parliaments taking care of the residents of Little India. We wish to speak on behalf of our residents to ensure that the Little India riot of December 2013 will not happen again. The riot being the worst public disorder in Singapore in more than 40 years.

We are thankful for the post-riot recommendations of the Committee of Inquiry (COI) regarding alcohol restrictions, beefing up of police operations and patrols and the decentralisation of crowds to recreation centres in the rest of Singapore.

Recently, I was at Little India with Home Affairs Minister Shanmugam and members of the Police Force. It was obvious that the pre-riot crowds have returned to Little India. Madam, congregations of such high density are walking time-bombs and public disorder incidents waiting to happen. It is important that we do not take our eyes off this matter lest we want history to repeat itself. I hence wish to ask for Minister’s update of his plans in regard to this matter. I also ask for his favourable considerations of the following suggestions:

(1) Form a high-level multi-agency Task Force to mitigate the security and dis-amenity risks of high congestion of visitors to Little India;
(2) Ring-fence the Communal Areas of Residents such as the playgrounds and void decks so that the old and the young get to use the space meant for them;
(3) Continue with and do not stop resourcing the recommendations of the Committee of Inquiry viz-a-viz alcohol consumption restrictions and patrol teams;
(4) Decentralise further by building more recreation centres outside Little India; and
(5) Engage regularly through planned dialogues with all key stakeholders, the foreign workers, agents, businesses and residents.

The contributions of the foreign workers benefit our entire nation as they help build much of our nation’s infrastructure. We need them and we accept that foreign workers like the rest of us, have social and leisure needs amongst other needs.

The issue is not a Little India locality issue. It is a national issue that can only be solved by carefully balancing the needs of all stakeholders – the workers, the residents, the businesses and the rest of Singapore.”