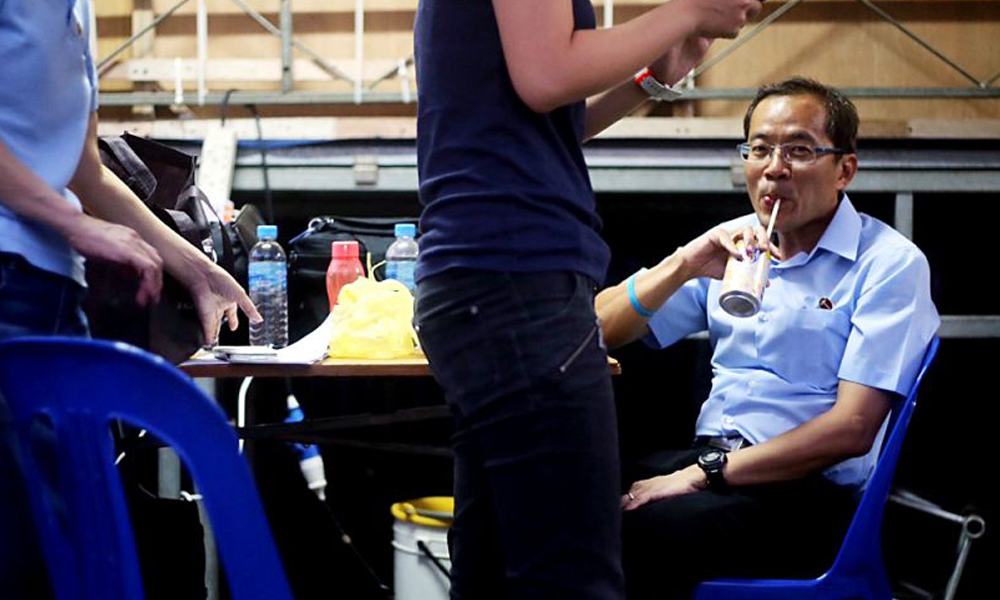 The rumour, that has been making its rounds over Facebook and Telegram, amongst other communication platforms, alleges that WP golden boy Pritam Singh views secretary-general Low Thia Khiang’s pet favourite Dennis Tan as a “threat” to his ambitions to take over the reins of the party.

Singh is currently the deputy secretary-general of the party, while Tan is its treasurer.

The message also claims that while Aljunied GRC MP Chen Show Mao is the current favourite to take over Low as secretary-general after his retirement this year, Low would rather seek re-nomination than to let Chen take the hot seat.
This is the rumour that’s been making its rounds:

“According to a source within WP, a fierce behind-closed-doors infighting is ongoing. Two of the three front runners, Chen Show Mao and Dennis Tan have remained silent, while Daniel Goh ruled himself out as a distraction, choosing to “root” for Pritam Singh grudgingly as he views Dennis Tan as a threat to his Long term ambitions.

A key reason infighting between CSM and Dennis Tan is because Dennis is Low Thia Khiang’s favourite. And Low blames Slyvia for bringing in CSM, “overshadowing” him at GE 2011. Most WP cadres initially prefers CSM to be the next Sec-Gen due to his better credentials (Rodhes Scholar) over Dennis, but these cadres have been removed by Low at the last party conference. CSM brings to the table a host of experience as a previously high flying lawyer, handling multi billion $$ deals. As he tried to probe into Town Council matters, he was side-lined by Low. This has further deepened the rift between those two. Many WP members object to Dennis Tan because they are worried that he is not grounded enough, and Pritam, too young and not steady.

Dennis Tan is still Low Thia Khiang’s favourite as he has demonstrated his loyalty. During EXCO meetings, CSM has repeatedly expressed reservations over the payment methods at TC – dampening the mood of Low. Slyvia is caught in between as she has recommended CSM, and had expected CSM to back her for her own bid to take control of the party. Sylvia is also upset with CSM asking about TC funds.

Cadres are also puzzled when Low praised Dennis Tan, asking themselves “How Dennis has contributed”, they feel that he is aloof and has very weak communication skills.

Although his first choice is not Pritam Singh, Low wants Pritam because Pritam listens to him. Low is afraid that his legacy will be destroyed by the seemingly righteous CSM and is strongly wary of CSM’s inseparable bond with his residents at Paya Lebar. He knows that without CSM, they would have lost Aljunied GRC in 2015. Ultimately, Low is hoping that the cadres Re-nominate him as Sec-gen given the circumstances.

The next Sec-gen should be announced by April this year and it shld be interesting to watch as the weakened party sought to “elect” its new leader.”