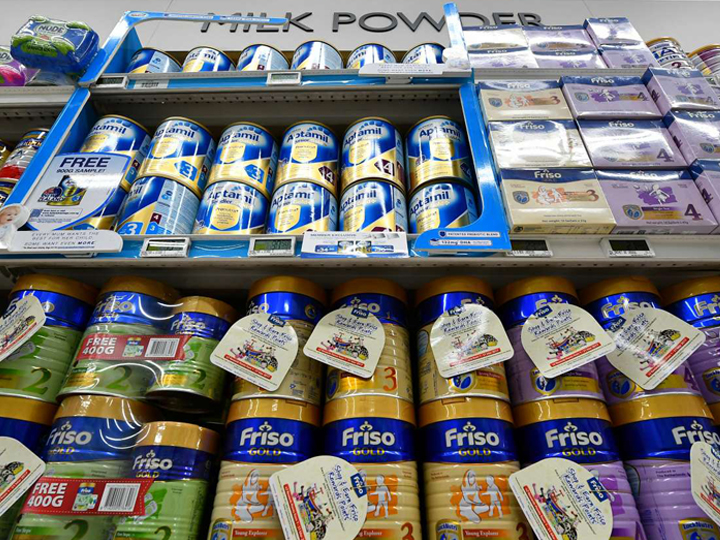 Seeing that his infant son had no milk powder to drink, this young father who held a host of unstable jobs turned desperate.

Then, he turned to crime.

26-year-old Wu Zhen Hui went to a NTUC outlet at Bukit Panjang on 20 July last year, packed tins of milk powder and baby products worth S$330, and walked out of the store.

He was almost caught by a security officer but managed to give him the slip.

Then, on 11 November 2016, he collaborated with the boyfriend of his wife’s aunt to rob a woman who was jogging in the morning.

Wu didn’t get lucky that time and was caught by police.

In his defence, Wu said that had to support his mother and wife, a 4-year-old daughter and 2-year-old son, and a child that his wife had bore from a previous marriage.

Wu, who lives with his family in a 1-room flat, said that his parents divorced when he was 14 years old, and since then he quit school to support his mother.

His income wasn’t stable, having worked here and there as a cashier, deliveryman, mover and cleaner.

Wu said that he became desperate for cash seeing that his son was hungry as he could not afford to buy milk powder for him.

This, despite the family receiving S$1000 a month in social welfare assistance.

Wu has since been jailed for 3 years and 3 months, and given 12 strokes of the rotan after pleading guilty to charges of robbery and theft.