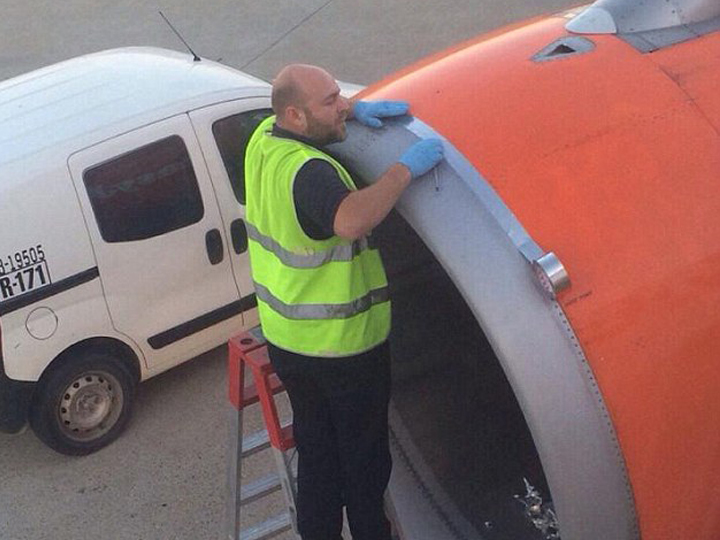 With the recent flight disasters afflicting Southeast Asia, it’s tough not to get a little edgy when hopping on board a plane.

And what makes us even more frightened – this sight of an ang moh technician pasting what looks like DUCT TAPE on an easyJet plane’s wing!

Is that tape really all that’s holding your life together 32,000 feet above the ground?

The picture of a technician taping an EasyJet plane was snapped by a horrified passenger.

But, after further investigation, it looks like we’re safe, folks.

The item is known as speed tape, and it’s widely used in the aviation industry to carry out quick repairs.

This is aimed at avoiding flight delays (so you don’t miss getting sexually assaulted by monkeys on that Gibraltar holiday!) 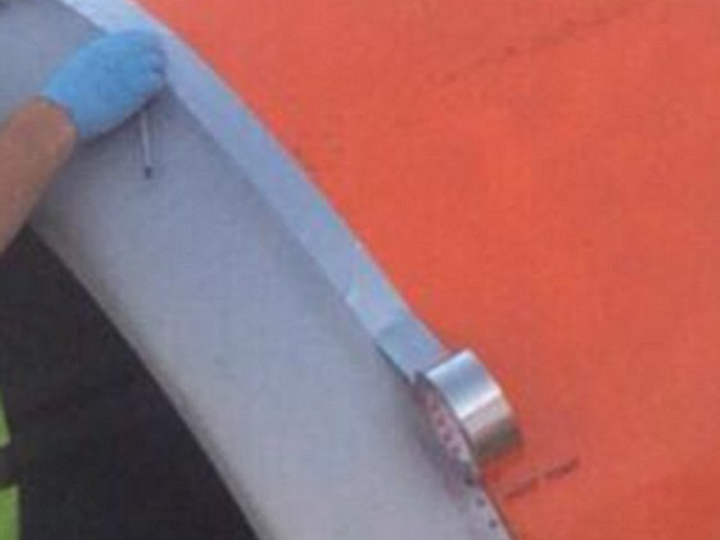 It’s stop-gap measure, until permanent repairs can be carried out.

It’s called “speed tape” because it’s capable of sticking to an airplane, even at high speeds.

The tape can even make a plane safer – by sealing gaps and preventing high-speed-air prom getting in between the engine and the fairing because the air pressure causes vibrations that might throw the plane off balance.

The tape has been around for many years now.

Commenting on the photo, easyJet has said that the speed tape was used because of some cosmetic work that was required to the aircraft’s paintwork.

The company said it doesn’t affect the aircraft structurally, and does not compromise safety.