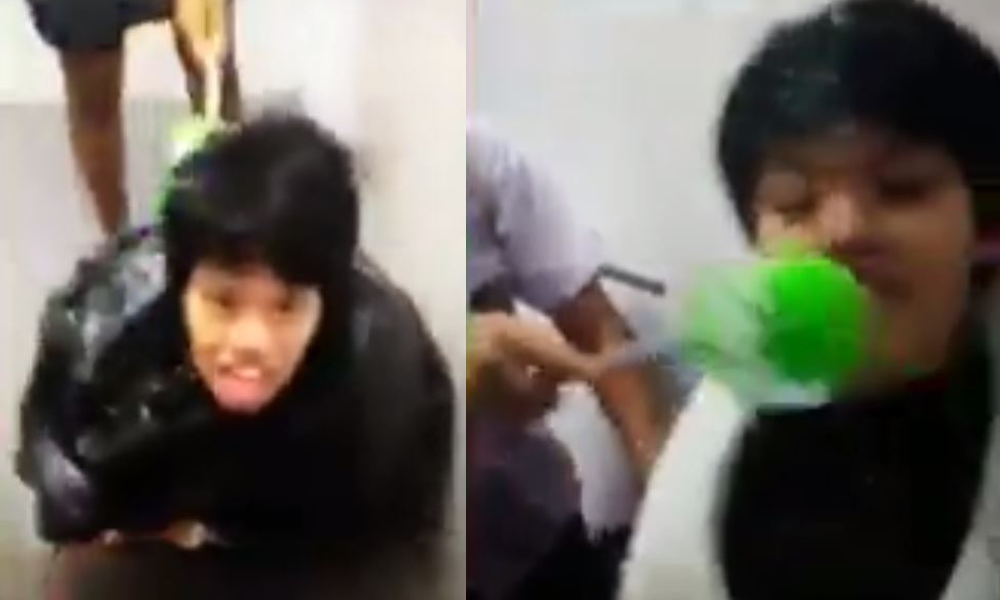 Disciplinary action has been taken against the bullies who attacked a special needs student with a toilet brush.

The bullies, 4 female students from Assumption Pathway School, ganged up on their schoolmate in the toilet.

They scrubbed her groin area with a toilet brush and placed a toilet seat around her head.

In this video, one of the bullies can be heard saying in Malay:


The incident is believed to have happened yesterday (12 Apr).

The clip was shared online, and a 29-year-old teacher who watched the video was angry enough to make a police report after watching it.

One of the bullies has since apologised on Facebook, saying:

“I am owning up to my mistake and truly regret it.”

Mr Eric Leong, the principal of Assumption Pathway School, said “the actions in the video are unacceptable”.

He said the school has identified the offenders and taken disciplinary action against them.

It is also providing “counselling and continued support” to the victim.

Assumption Pathway School, which is 10 years old this year, takes in students who failed their Primary School Leaving Examinations.