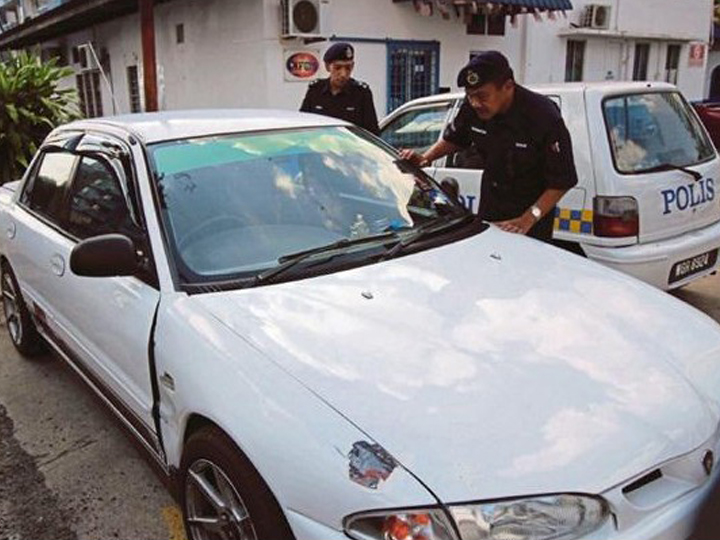 You usually hear of Singaporeans getting their cars stolen while holidaying in Malaysia.

This time, however, a jobless Singaporean decided he was going to buck the trend.

After having fun at the Cameron Highlands Resort in Pahang, the 39-year-old was driving back to Singapore when one of the tyres on his Toyota Wish burst.

He was driving along the Kuantan highway at the time.

The Singaporean walked about 150 metres and found a mechanic shop.

After explaining the situation, the 45-year-old good samaritan mechanic grabbed his tools, told the Singaporean to hop into his Proton Wira, and went to look for the distressed Toyota.

Just as the mechanic was repairing the flat tyre, he realised something was missing – his Proton.

The Singaporean man had gotten into the Proton while his own car was being repaired for no apparent reason other than “Grand Theft Auto hooya” and decided to steal it.

He drove off in the Proton and the mechanic gave chase, presumably while hurling some Cantonese profanities along the lines of “ungrateful swine”.

Fortunately, a police officers in a patrol car were passing by.

They saw the spectacle, gave chase, and managed to stop the Singaporean car thief in his tracks.