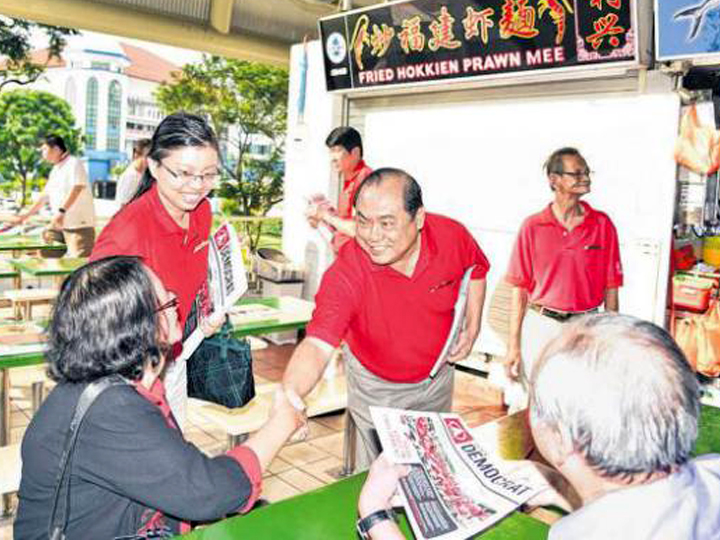 It’s been a week of silence from former NSP secretary-general Hazel Poa, after her falling out with the party over its decision to contest in MacPherson SMC.

But it now appears that Ms Poa has joined the Singapore Democrats after leaving the NSP.

She was spotted over the weekend at a SDP walkabout at Bukit timah Market and Food Centre in the SDP red giving out flyers.

The area is part of Holland-Bukit Timah GRC which the SDB plans to contest.

The SDP says that she is volunteering with the party.

It has already released its slate of 11 candidates for the coming General Election on September 11.