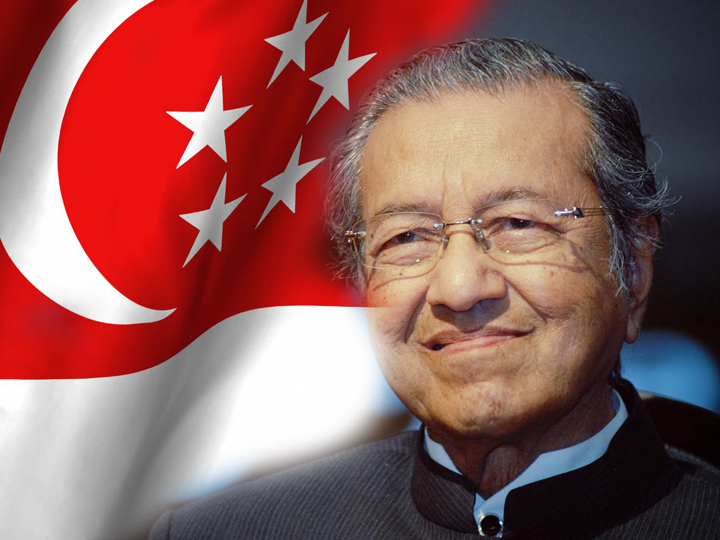 Daddy Lee was usually target when he was alive, but now Ah Loong has to deal with Malaysia’s shrewd former prime minister, Mahathir Mohamad.

In the latest salvo, Dr M appears to suggest that Singapore could be privy to the alleged money-laundering ways of current Malaysian PM Najib Razak.

The attorney-general’s clearing of Mr Najib for any wrongdoing has apparently incensed Dr M.

In a blog post, he asked several questions about Mr Najib’s “returning” of a “no strings attached” donation of RM2.03 billion back to the Saudi royal family in August 2013.

In his usual wiley manner, Dr M fired several shots at Singapore for its role in the “return”.

“How and when was this done?

“We are told the balance is frozen by Singapore. Can Singapore explain the unfreezing and the delivery back to the Saudis?

“Or does Singapore also believe in the free gift story, the letter and the Saudi admission?

“Singapore is a financial centre. Can it be so gullible?”

Last July, Reuters reported that Singapore police had frozen two bank accounts in connection with an investigation into alleged financial mismanagement and corruption at 1MDB.

That prompted the Singapore Police Force to release a statement saying:

“On July 15, 2015, we issued orders under the Criminal Procedure Code to prohibit any dealings in respect of money in two bank accounts that are relevant to the investigation.”

But the police didn’t identify the banks or the accounts in question at that time because investigations were ongoing.