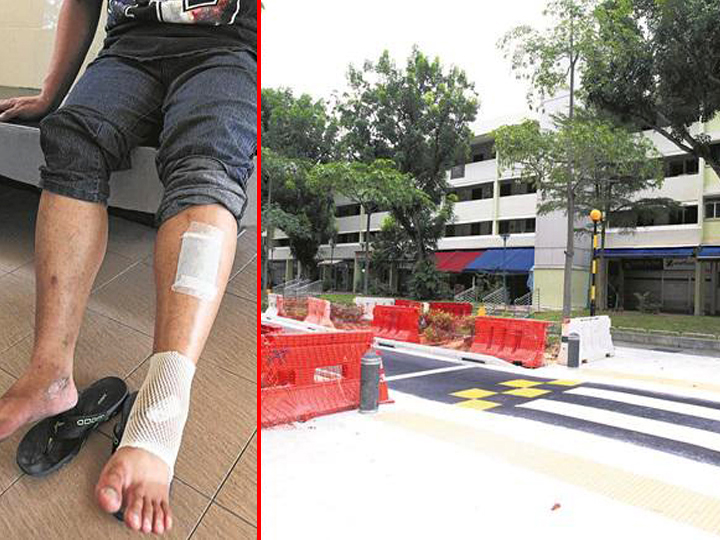 Here’s a classic example of what it means to add insult to injury.

After running over a man’s feet at a zebra crossing, an unapologetic driver has been accused of throwing a stack of S$50 notes at his victim, who was still writhing in pain on the ground, as compensation cash!

The 31-year-old victim says he was walking across the zebra crossing at Bedok North St 3 to buy newspapers when he was struck by a silver-coloured car.

The front tyres of the car ran over his feet before the vehicle came to a stop.

He recoiled in shock and fell over.

That’s when the driver, whom he describes as a man in his thirties, emerged from the car, took out ten S$50 notes and threw them at him, telling him to “go and see a doctor”.

He says that the driver’s actions completely stripped him of his dignity, so he refused the money and left the scene.

The driver then picked up the notes, returned to his car and sped off.

The victim says he was in a state of shock and didn’t take note of the car number.

The victim, who works for a moving company, says he might have to stop work for about 2 weeks due to his injuries.

He hopes that anyone who witnessed the incident will step forward and speak on his behalf so he can seek justice.