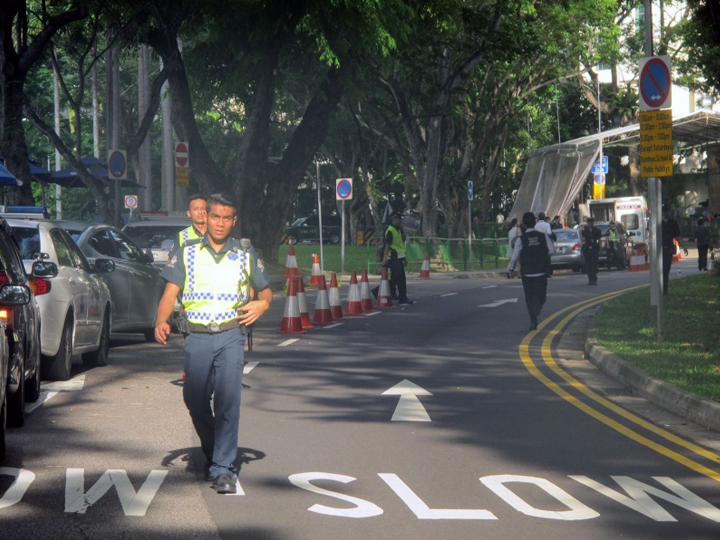 Police have shot and killed one person and arrested two others, after they tried to flee from a roadblock.

Following a search of the vehicle, officers found a “white, powdery substance” that is believed to be a controlled drug on one of the passengers.

One of the passengers is also wanted for several offences, say police.

The incident happened near Shangri-La hotel this morning (31 May), which is under tight security as it hosts a major security conference.

The 3 Singaporean men were in a Subaru Impreza car that was stopped at a vehicular checkpoint set up along Ardmore Park.

When asked to open the boot for inspection, the driver suddenly accelerated and drove off in the direction of Anderson Road.

Police say that despite warnings to stop, the driver persisted and crashed through police barricades.

Their actions were said to have endangered the lives of police officers.

The vehicle came to a stop near Orange Grove Road.

The driver was pronounced dead at the scene from gun shot wounds.

The two passengers were sent to hospital

No weapons or explosives were found in the car or on the men.

Shangri-L hotel and its vicinity has come under high security controls, as the hotel hosts international defence delegates for the Shangri-La Dialogue.

Along with other dignitaries, US Secretary of Defence Ashton Carter was at the security summit.