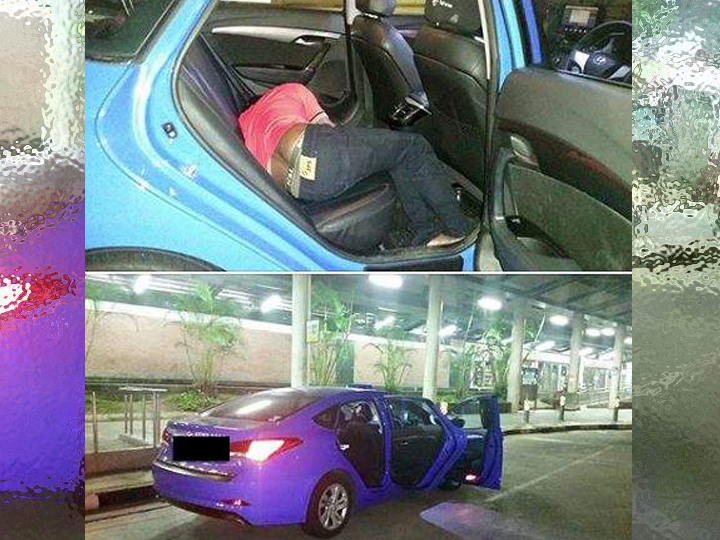 A taxi driver has taken to Facebook to air his grouses at a drunk passenger whom he says spat on the rear seat of his taxi, kicked the taxi’s rear door, and damaged the air-con of the car.

The taxi driver also says the drunk man, who happened to be an Indian, refused to pay for the cab fare.

Police were summoned, and the two officers who arrived escorted the drunk man out of the taxi.

That’s when the man reportedly pulled down his pants.

The two police officers scrambled to pull them back on, before one of them brought him to a nearby toilet, says the taxi driver. 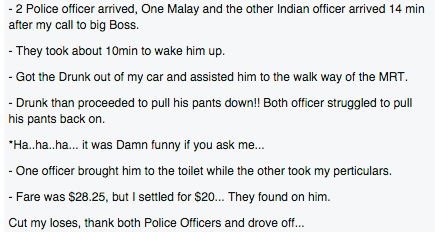