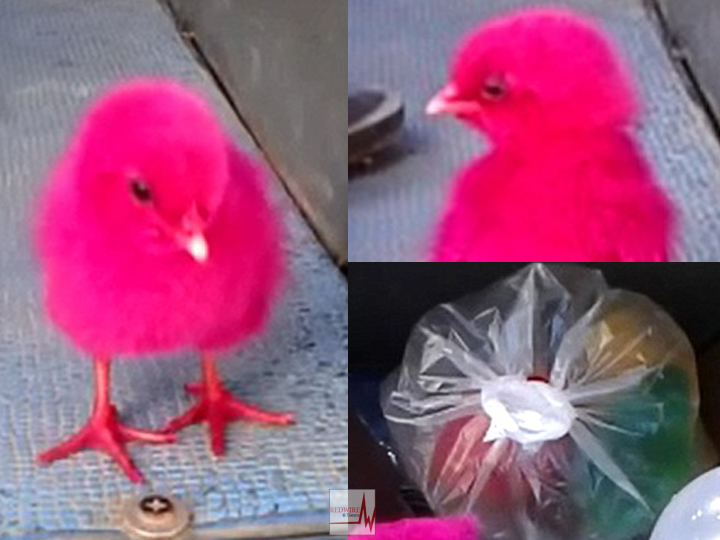 Still, not as mean as the rogue traders who are suffocating chicks and turning them pink (and red, and green, and yellow)  in the name of cold, hard cash. 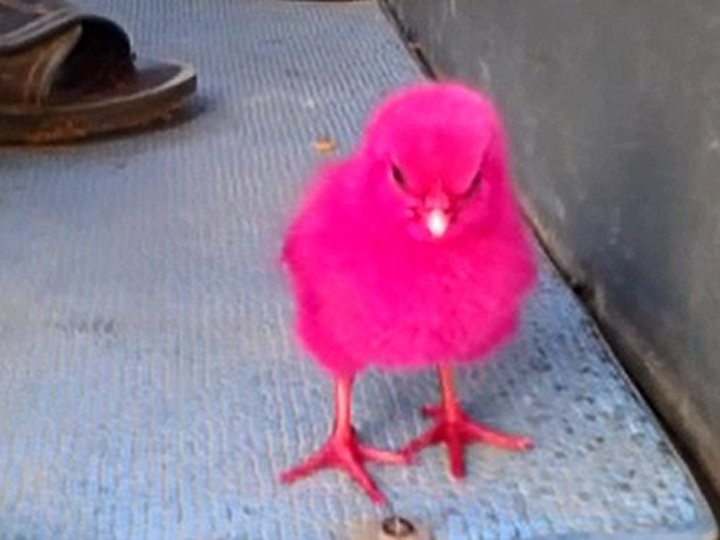 The chicks are being sold from the back of a truck on the Thai island of Koh Lanta.

One tourist who spotted this said several of them are stuffed into one plastic bag, visibly stuggling and look like they can barely breathe under the sweltering 35 degrees C heat.

When children flock to the truck, chicks are roughly removed from their enclosure and given to children to play with as they like, so long as they don’t kill the animal.

When that toying is done and the chick isn’t sold, it’s then shoved back into the plastic bag and sealed up with the rest of its coloured-friends.

The Thai government apparently isn’t overly-concerned when it comes to animal treatment. 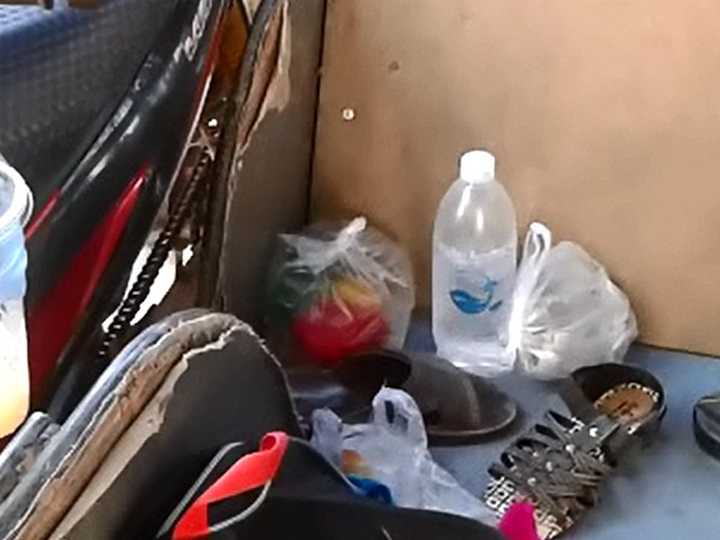 It’s illegal to bring live chickens into Singapore without a permit from the AVA.

So for those keen on getting a hot-pink chick as a souvenir from Thailand, just get a painting lah.