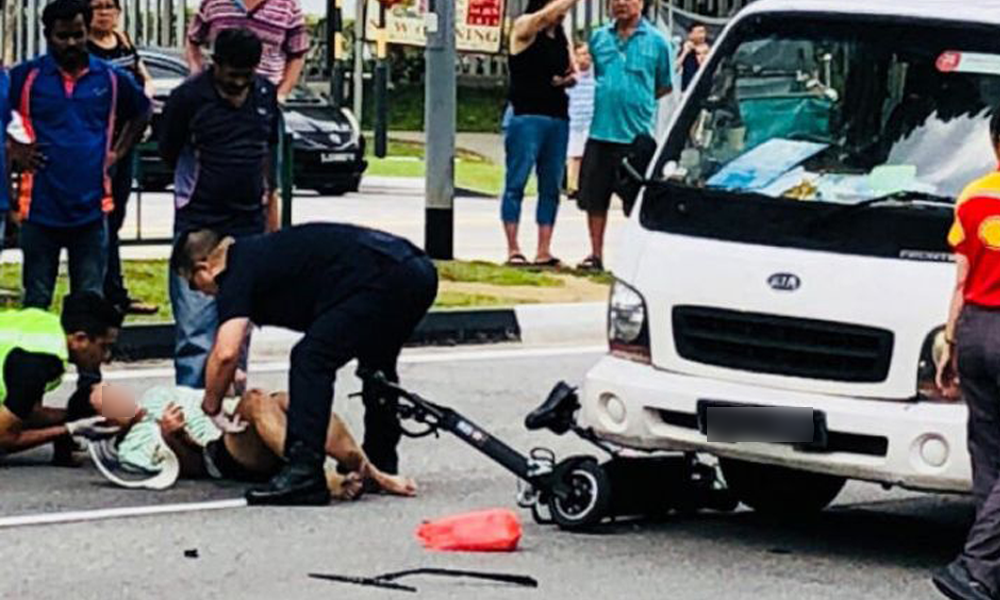 An e-scooter rider was hit by a lorry this morning in Sengkang, reportedly while waiting at a traffic junction.

The incident took place at about 9.45am at the junction of Sengkang East Road and Sengkang Square.

The e-scooter rider was reportedly heading home after buying groceries at the market.

She stopped her e-scooter at the traffic junction and was waiting to cross the road when she was hit by the lorry.

An eyewitness reported that the woman’s arms and legs were bleeding and she was unable to move.

The lorry driver was seen tending to the woman after the crash.

The e-scooter rider was reportedly sent to Khoo Teck Puat Hospital where her injuries were deemed not severe.