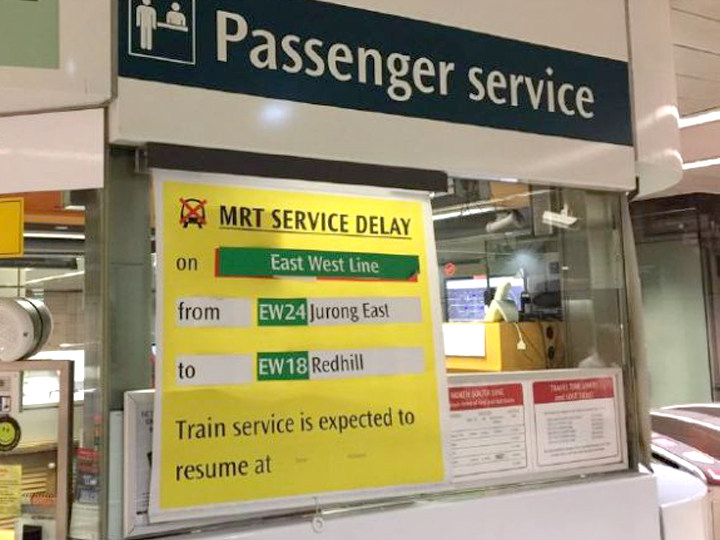 This time, it wasn’t due to testing of the new signalling system.

Rather, the delay that lasted over 4 hours this morning on the East-West Line was due to a track fault.

Commuters’ travel was first disrupted at around 8am.

Train operator SMRT tweeted that commuters should expect an additional 10 minutes of travel time from Jurong East to Redhill Stations.

Normal train service only resumed at about 12.30pm.

Transport Minister Khaw Boon Wan has boasted that the reliability of the MRT system has improved by 3 times since he was appointed to the post in 2015.