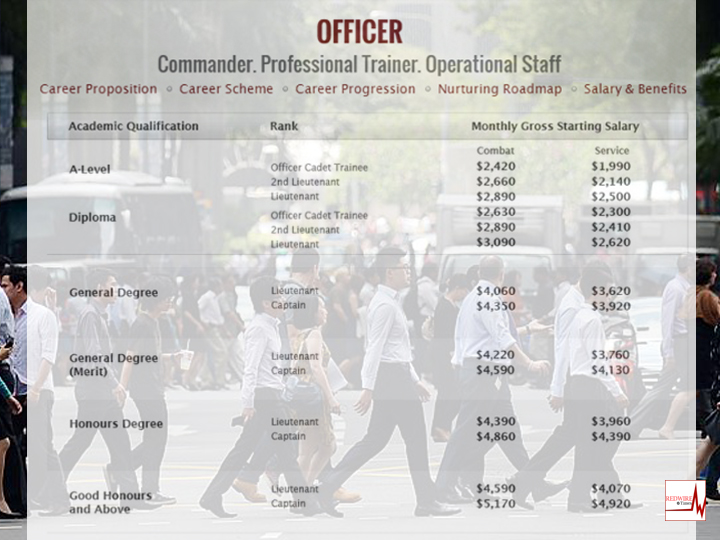 How about, “Practise what you preach”?

“The system churns out students who excel in exams, but are ill-equipped to take on jobs of the future, nor find fulfilment in what they do”.

In an hour-long speech, Mr Heng also urged employers to hire based on skills, not degrees, and parents to drop their penchant for sending kids for tuition.

He said the government plans to introduce several key measures, including more internships for students, expanding career and counselling.

“These are fundamental changes that will take time. But we need to take the first step now, and take it together.”

How about changing this for a start? 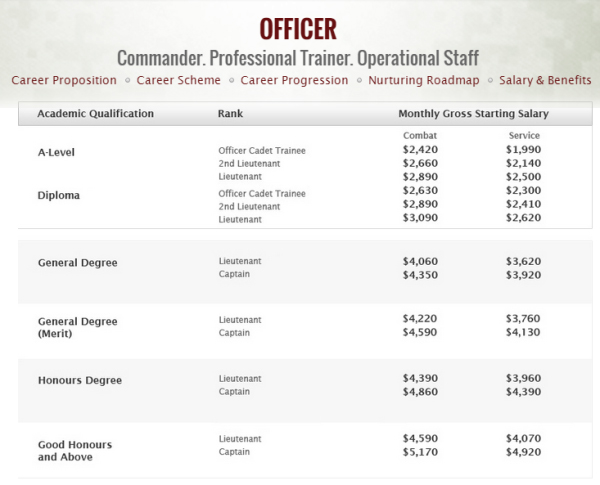 Now what would any teen boy who watched CLIF and wanted to become the next Joanne Peh and join the Singapore Police Force do?

Get a sex change, of course.

But seriously, of course he’ll push for that Honours degreee.

Which person in the right mind would want to sign on for a lower starting pay? 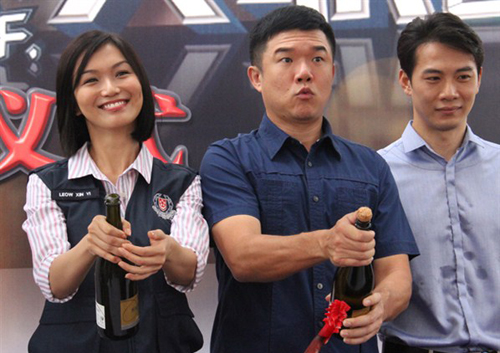 It’s even more regimental for MINDEF, as you can from the chart.

What would any sane parent do if they saw a salary chart like this?

The mindset of the Ministry is apparently very simple, “Someone who is academically well-qualified will make a good officer. Someone who isn’t will not.”

Can we change this with an hour-long speech?

Are there any measures in place to change this system, such that it falls in line with the Education Minister’s talk?

Unheard of, at least for now.

Which brings to mind the biggest taboo word amongst the working-class Singaporean – scholars.

Talent-scouted from young, sieved from the rest largely for their paper grades, and put into top positions in the civil service, all the while enjoying a well-paid job, and networking sessions as part of their track to the peak.

Will anything be done about this scholar scheme, Mr Heng?

Because that’s essentially what most parents want for their children, isn’t it – for them to secure a respectable job, where they can be financially stable for life and free to pursue other interest thereafter?

Now throw in foreign competition in the form of the Singapore Scholarship for students from ASEAN countries, and you can see how this competition heats up.

Mr Heng is proposing a case where the tail wags the dog, which we know from economics isn’t the most feasible way to achieve change when it comes to an entrenched sytem.

This time round, it’s perhaps better that the dog wags its tail first. 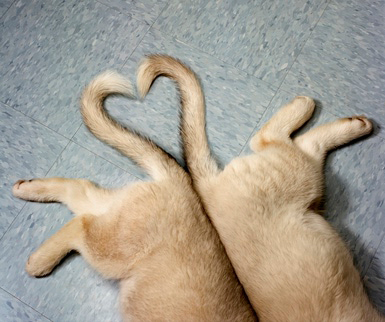 We mean this in the nicest way possible.

Until then, Singapore’s tuition culture will remain and even become more prevalent.

And our children’s stress levels will continue to climb.

Someone should warn Health Minister Gan Kim Yong to stock up on blood-pressure machines.