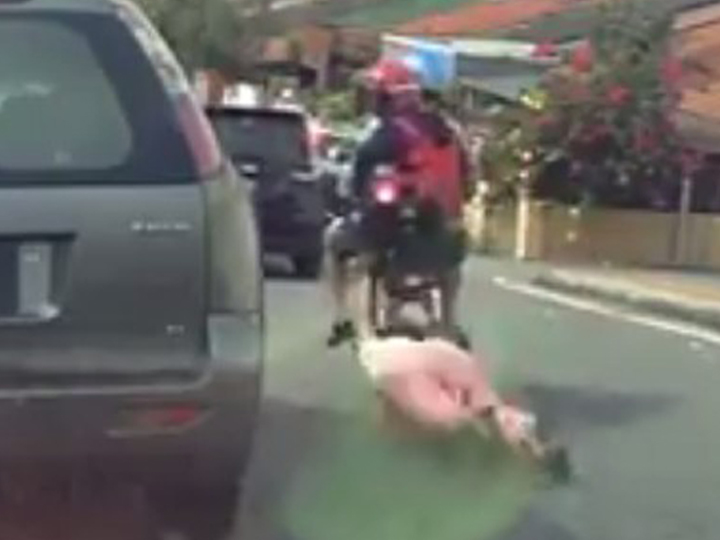 This elderly lady was waiting to cross the road (no chicken jokes here, please) when like a bolt from the blue, snatch thieves on a motorcycle pounced.

They grabbed her handbag and sped off, but the 76-year-old showed much guts and gumption (befitting of the late Lee Kuan Yew) and refused to let go of her bag.

As a result, she was dragged along the road, and suffered bruises to her forehead, right arm and foot.

She survived and kept the bag, but the would-be snatch thieves got away.


Fortunately, this video footage recorded from a parked car’s dashcam captured the motorcycle’s number plate, and Malaysian police swooped and apprehended the culprits.

The incident happened in Petaling Jaya, Malaysia, and has left residents there shaken.