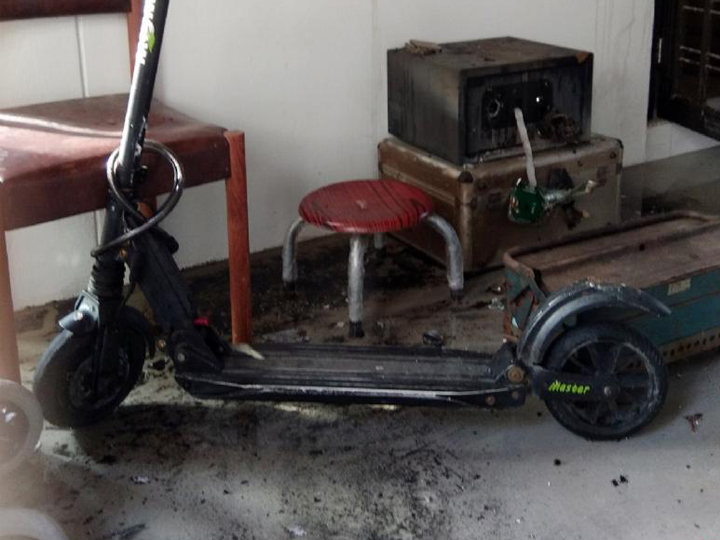 A loud explosion, then the smell of something burning – that’s what a HDB-dweller woke up to this morning.

This, because an electric scooter that was left to charge overnight exploded in flames.

Checking around, the woman found out that the battery of the e-scooter had caught fire and the fire was spreading in the room where it had been left to charge.

She called the SCDF and fled the flat with her 2 children.

The homeowner said that the battery charger for the e-scooter was is plugged in properly, and does not know why it caught fire.

SCDF officers subsequently broke into the unit and put out the flames.

The SCDF has says there have been 8 incidences of battery fires involving personal mobility devices between January and April this year.

It has advised the public to avoid overcharging batteries, especially at night.