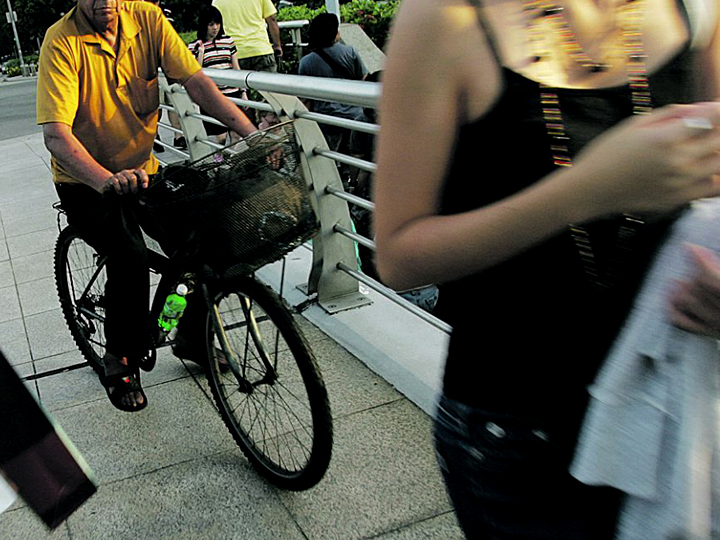 YOKE FEI: A few months ago, a cyclist from Lycee Francais de Singapour brushed past me at high speed when I was taking a walk at Tavistock Avenue Park. His bicycle handlebar struck me, leaving me with swollen fingers. I was in pain for a couple of days. The student from the French school merely waved a gesture of apology but did not stop.

Cyclists expect pedestrians to give way to them, and pedestrians prefer to do so, provided they are able to see or hear them coming. Very often, cyclists approach from the rear and many bicycles do not have warning bells.

Motorised vehicles are supposed to stay 1.5m away from cyclists. Lornie Road is narrow enough and I have seen buses sluggishly following behind some cyclists (sometimes two abreast). We have bus lanes so that 50 or more bus passengers have priority over one to five passengers in a car. But when a bus has to wait behind one or two cyclists, does it make any sense?

In land-scarce Singapore, the safe sharing of public roads, pavements and pathways in parks needs to be addressed. Rules should be clearly spelt out, displayed and enforced. “No bicycling” signs should be clearly displayed where cycling is not permitted. Cyclists need education and discipline. Those who flout the rules must be disciplined.

Rules for motorists are enforced effectively because their vehicles are registered and insured. Bicycles, battery-powered bicycles and powered “scooters” are not registered and therefore, their owners escape enforcement.

The registration of bicycles would be a step in the right direction. It would also deter bicycle theft. Powered scooters should not be allowed at all. Their import should be banned.

More and more people are taking to cycling for health reasons. It should not be discouraged but users must exercise responsibility.

This letter was written by Yoke Fei.
Send us your letters at mail@redwiretimes.com
Find us on Facebook! https://www.facebook.com/redwire.singapore