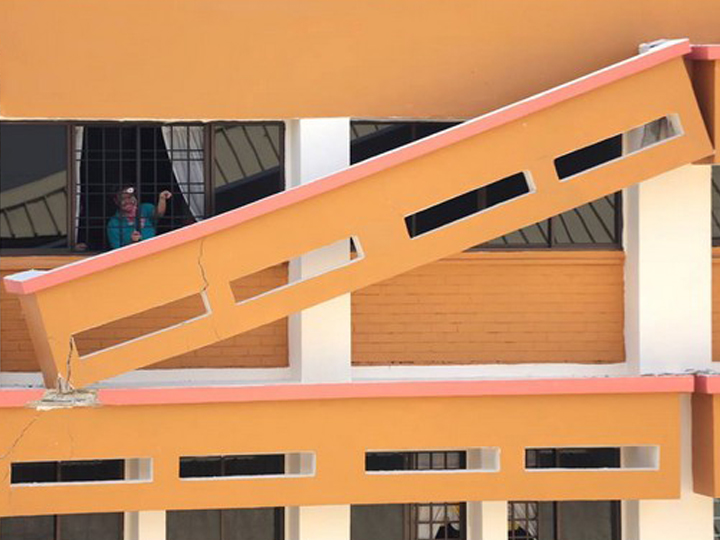 HAROLD CHAI: Checks by authorities have revealed that the concrete sunshade that toppled in Tampines in September was missing reinforcement bars (those things inside you don’t see that are meant to keep the thing from collapsing).

It was the only one in the surrounding area missing those reinforcement bars, and now that BCS is investigating where this was due to the contractor breaking building regulations.

This all comes after a report that was filed by a professional engineer hired to look into the incident.

Now, the worrying part is why checks were not carried out before residents were allowed to move in – it’s a missing part that caused the collapse.

Last month, a slab of plaster fell 12 floors down from the top of a Hougang block of flats.

In October, a similar incident took place in Circuit Road, where a piece of wall façade fell more than 10 floors down.

It’s unclear for now what’s the cause of the above 2 incidences, but it’s worrying when you have to look up as soon as you get out of the lift on the ground floor.

One accident can have disastrous consequences, especially in high density areas in our estates.

Won’t somebody think of the children?