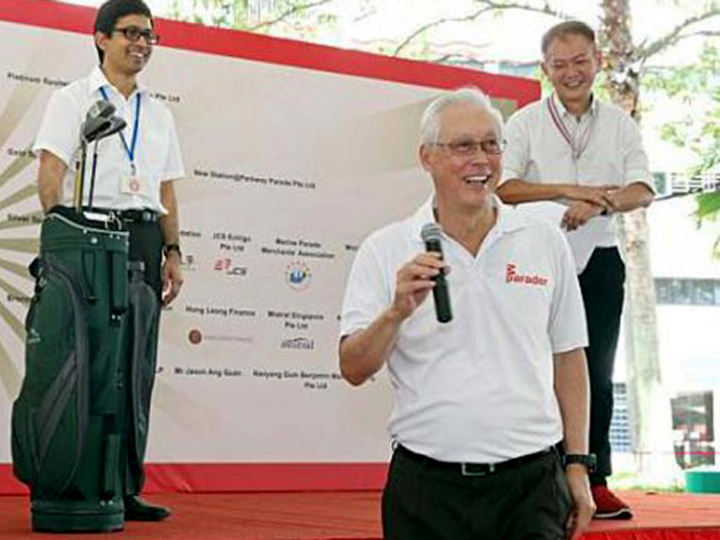 “You know the fable of the rooster that crows when the sunrises? The rooster goes around claiming that it’s the crow causing the sun to rise. So that’s what they’re doing.”

ESM Goh appeared confident that residents there will continue to vote his team into parliament.

“Opposition parties come and go like nomads. Nomads will not have an interest in the people’s welfare. A new tribe is coming – do they really have interest in Marine Parade’s welfare?

“Having spent forty years there, the residents know me. I will leave it to them to decide whether I’ve done a good job or not.

ESM Goh also slammed the Workers’ Party for its “arrogance”.

“Strength is relative. They (WP) are stronger than NSP (National Solidarity Party) – there’s no doubt about it – but there is a certain arrogance about them.

“With that arrogance will they be able to replace me and my team? Let them try.

“You decide – who do you want to manage your town council?”

ESM Goh said this at a press conference today to introduce the PAP’s team for Marine Parade.

Touting himself as pa pioneer generation leader, he said he felt obligated to stave off retirement and contest in the coming General Election.

“I’ve fought nine General Elections. I could have retired … (I’m) the only pioneer generation leader left in politics. When PM (Lee) asked me to stay, I felt duty bound to contribute.

“I’ve travelled all over the world as PM. I know the impact of politics on people’s lives … I came to the conclusion that we can categorise government into three categories: The good, the bad, the ugly.

“As you can see now, in many countries in the world, there are ugly governments. We are lucky that we have a good Government. So I look at this election as a mandate for the Lee Hsien Loong Government.

“If the Government doesn’t get a good support, you’re repudiating what they’re doing. It’s very important that you give them a very clear signal and support their agenda.”