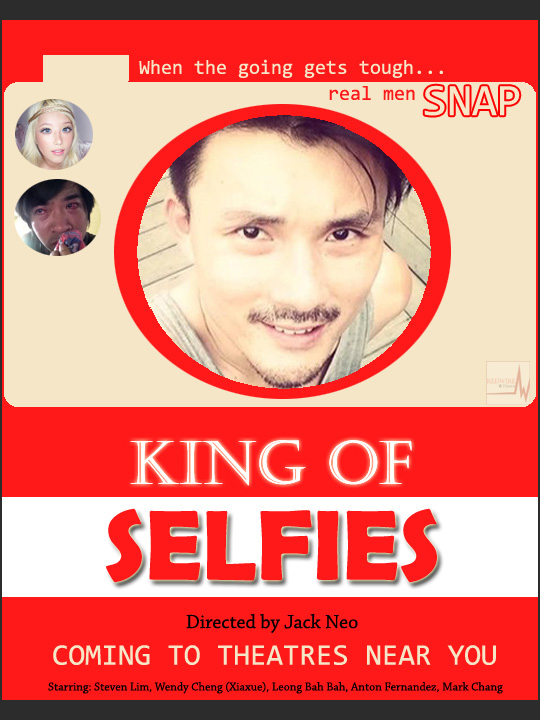 Cue lights, and action! Singapore Member of Parliament Baey Yam Keng is set to star in his very own movie, alongside local blogger Xiaxue. This was revealed to Redwire Times Singapore by an inside source. Filming is now taking place, and the movie is expected to be released in October 2016. The working title for now – King of Selfies, or 自拍王.

Helmed by renowned local director, Jack Neo, the film centres on a young school dropout, Cheng (Baey Yam Keng), who climbs the ladder of success to head an advertising agency. He manages this by tugging at the heartstrings of supporters through the use of strategically released “selfies” (pictures a person lacking any meaningful sort of inter-personal interaction shamelessly takes of himself and posts on the internet, hoping some bored and lonely kindred soul will take notice).

But Cheng’s top dog position comes under threat when a failed comedian, Yong (Steven Lim), masters the art of the “selfie” and rivals him for head of the advertising agency. The two battle in the realm of “selfies” for fame, power, and attention. Who will triumph? We’re waiting with baited breath to find out.

Xiaxue plays, Ling, the bimbo girlfriend of Cheng who undergoes rounds of plastic surgery to manage her insecurities over her natural ugliness.

Baey’s first ever feature film comes hot on the heels of his first ever play, Like Me. I Like. The light-hearted comedy, which will be staged in December, puts the spotlight on society’s obsession with social media and its impact on the way people interact on a day-to-day basis.

Baey will take on the lead role of a romantic blogger named Wen Yao. Joining him are showbiz veteran, DJ and host Foong Wai See, Y.E.S. 93.3FM DJ Chung Kun Hua, among others. Music icon Dick Lee will be stepping in as the production’s image stylist.