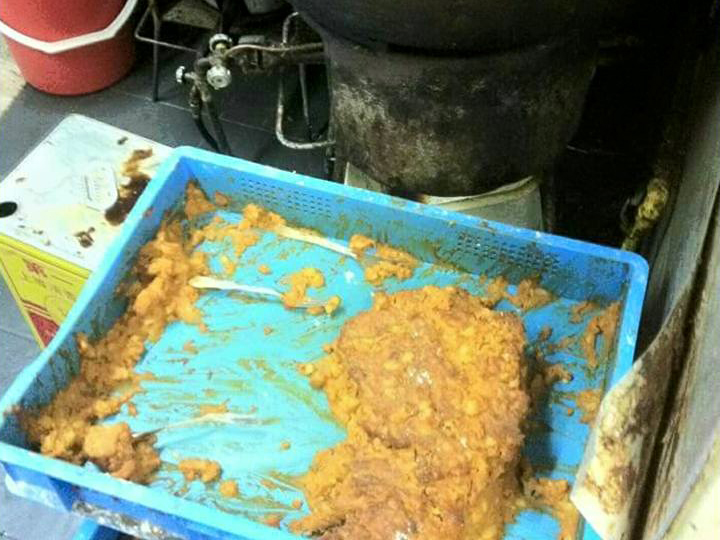 More pictures have emerged of the kitchen used to prepare those seemingly delicious 3-for-S$1 curry puffs mass produced by an Indonesian woman in Singapore who cried foul over how she was prosecuted despite being warned to stop her illegal activities.

Be warned now, these pictured might put you off curry puffs altogether (or maybe for just a couple of months because they’re still pretty tasty on the whole).

Syndicate head honcho, Madam Rubiah, who’s living here on a social visit pass, painted a picture of how she was just a mom struggling to raise two kids.

The truth is far from that – she rounded up some 8 foreigners to mass produce curry puffs, with funding from some mysterious investor who has disappeared. 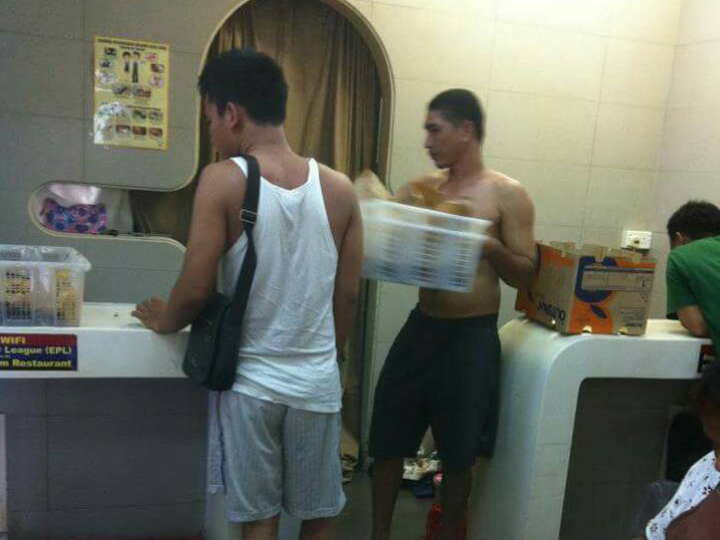 Not just beer, damn bloody strong beer, almost twice the size and twice the alcohol content of a normal can. 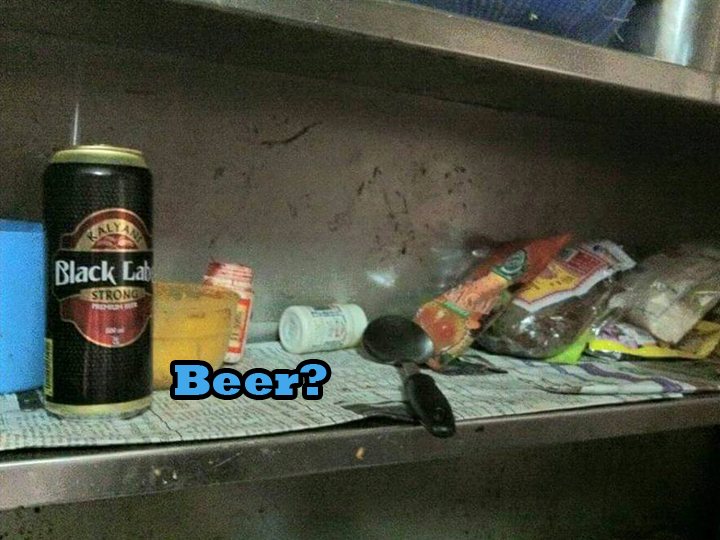 It’s used not just to produce puffs in bulk, but also to dry laundry in bulk (including what looks suspiciously like red lacey panties, or socks). 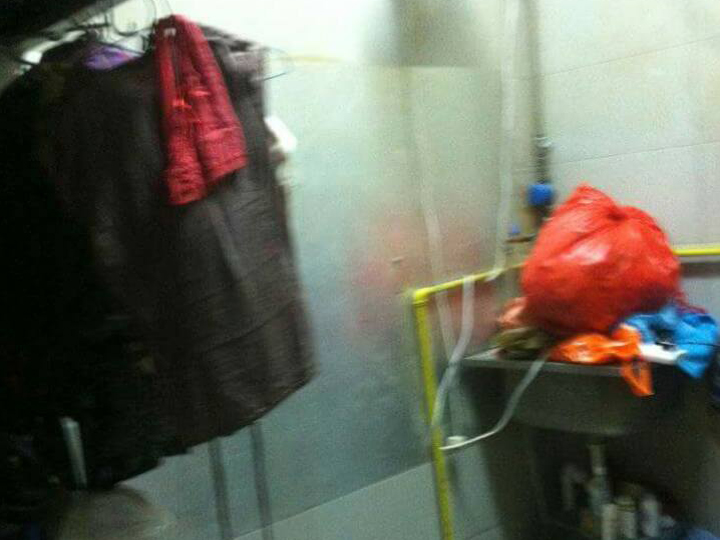 And of course, that curry puff filling that you see right at the top.

Now imagine around 9 people plus children milling about in a tiny flat, making up to 200 curry puffs a day in these conditions – oh the stomach rumbles with fear now.

And imagine having to smell curry puffs and sweaty men every day, throughout the day, as a neighbour.

That’s the plight of a single-mom who received financial and service assistance from 3 government agencies for 3 years, who incidentally said she doesn’t want to live on handouts.

How about cleaning up your act first, eh, Madam Robiah? 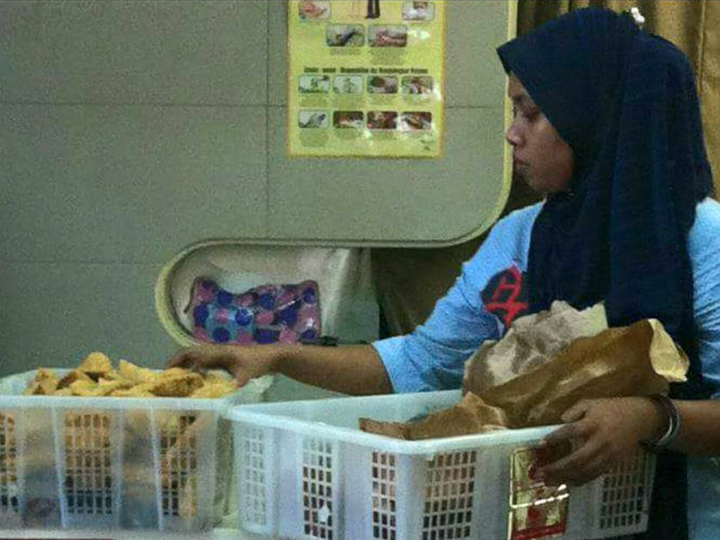