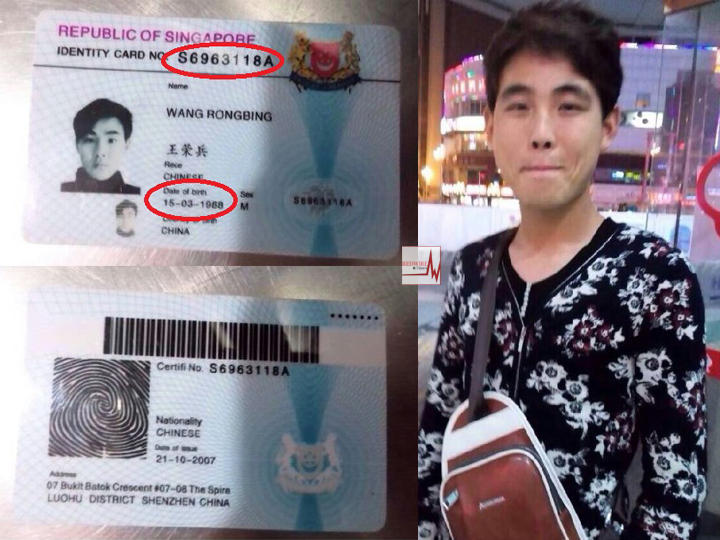 If this was a watch fake, it wouldn’t get a AAA grading, that’s for sure.

This PRC man who supposedly lives in Shenzhen said that with this fake NRIC, he can find a job anywhere in Singapore.

But, the forged ID card is so full full of flaws that even Cardboard Mata wouldn’t tricked!

Look at the serial number on the NRIC – the “S6963118A” at the start denotes the last 2 numbers of a person’s birth year.

That’s perhaps the biggest giveaway, in addition to what appears to be a fake thumbprint as well.

What we do love? The rays emanating from the Singapore crest, which looks like those super cool laser lights fired off from Marina Bay Sands at night.

This story was first posted on Hardware Zone Forum, where forum users have warned others to beware of other such fake NRICs floating around.