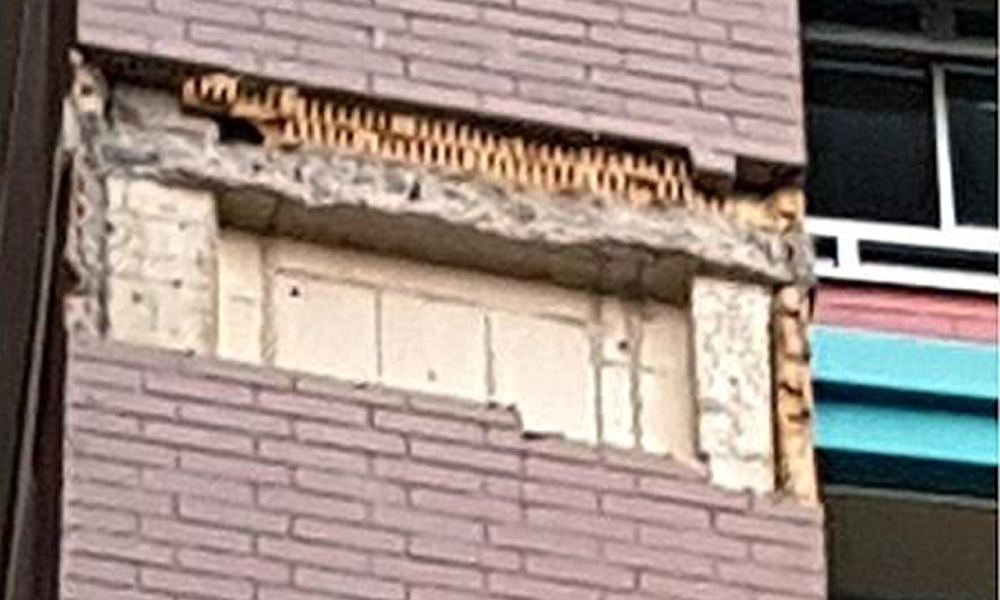 A brick feature of the exterior wall of Block 634 Bedok Reservoir Road dislodged and fell to the ground yesterday (8 Nov), alarming residents in the vicinity.

The dislodged section came from the exterior wall of a 9th floor flat unit.

28-year-old student Sara, who lives in the unit, said that her 19-year-old brother and maid were at home when the incident occurred.

“He heard loud sounds of something falling and hitting the ground. It lasted for several seconds. Then there was a commotion coming from downstairs. People were gathering there. My brother looked carefully and saw that bricks had fallen”.

Sara said that the dislodged section came from the exterior wall of her grandmother’s bedroom.

She said that engineers came to check on the wall several times in the following 2-3 hours after the incident.

She said that her family has been living in the flat for the past 18 years and this is the first time such an incident has occurred.

The dislodged section landed in an area with high pedestrian traffic as it is near a bus stop.

Fortunately, no one was hurt. 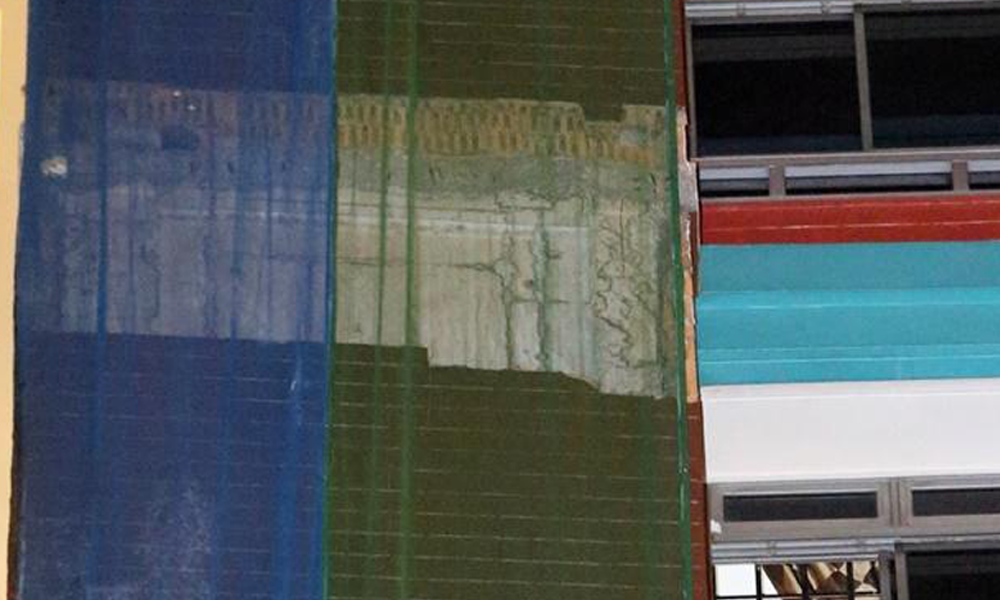 Aljunied-Hougang Town Council said that it was alerted to the incident at about 3.20pm yesterday, and acted quickly to make sure that the area was sealed off from the public in case more sections off the outer wall fell.

Posters were pasted on the lift landings of the block to explain what had happened and warn residents to stay clear of the area.

The town council is investigating the cause of the incident.

This is the latest of a series of incidents in which facades of older HDB flats have fallen off.

In April last year, two metal bars which were part of a decorative façade on the top floor of the Block 77 Indus Road HDB flat dislodged and dropped off.