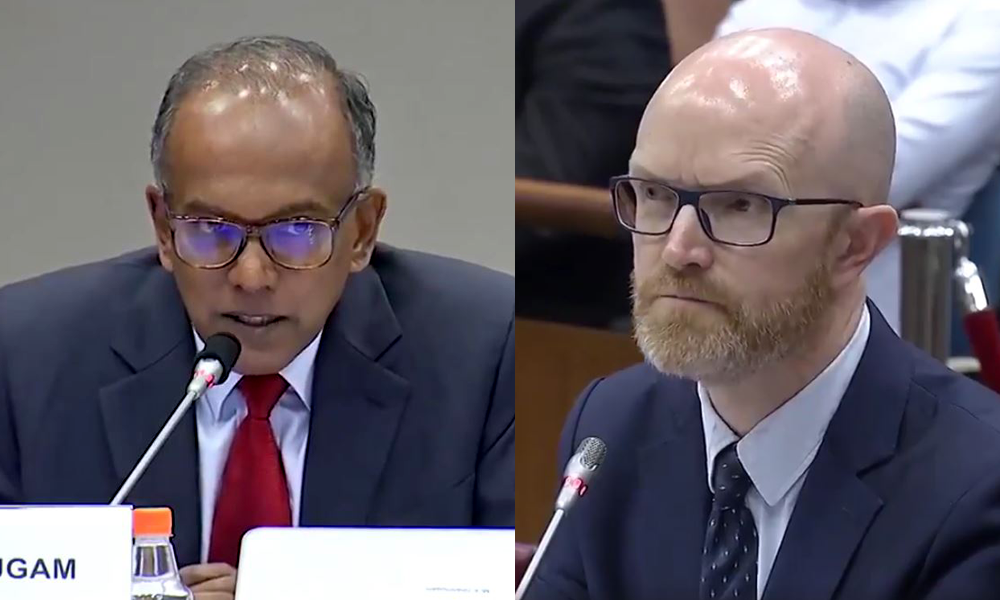 Law and Home Affairs Minister K Shanmugam, who is a member of the committee set up by the government to tackle online falsehoods, appeared exasperated during his grilling of Simon Milner yesterday.

Milner, Facebooks Vice-President of Public Police for Asia-Pacific, Simon Milner refused to concede that the social media firm was required to be an arbiter of content on its platform during the 3-hour grilling.

He also refused to accept that new legislation be enacted to tackle “fake news”, saying that any new laws passed “in haste” could prove detrimental in the longer term.

Mr Shanmugam appeared to take the discussion more as an interrogation, prompting Milner to state at one point that he felt he was being narrowed into a corner by Mr Shanmugam’s questioning methods.

He also criticised Mr Shanmugam for persistently leading him into “yes-no” answers which he said would require a broader perspective.

When pressed as to whether Facebook will take down “fake news” Milner said that the tech giant isn’t in the position to decide on what’s true or false as “some rumours can turn out to be true”.

Milner said that the onus is not on governments or Facebook per se, to judge what is true or untrue, since “it can one day be proven true”, and without evidence to suggest otherwise, regulators should not act as the “arbiter of truth”.

To Mr Shanmugam’s apparent exasperation, he persisted under questioning that if the government determines any news to be fake, it must approach Facebook via the courts for Facebook to remove the said news.