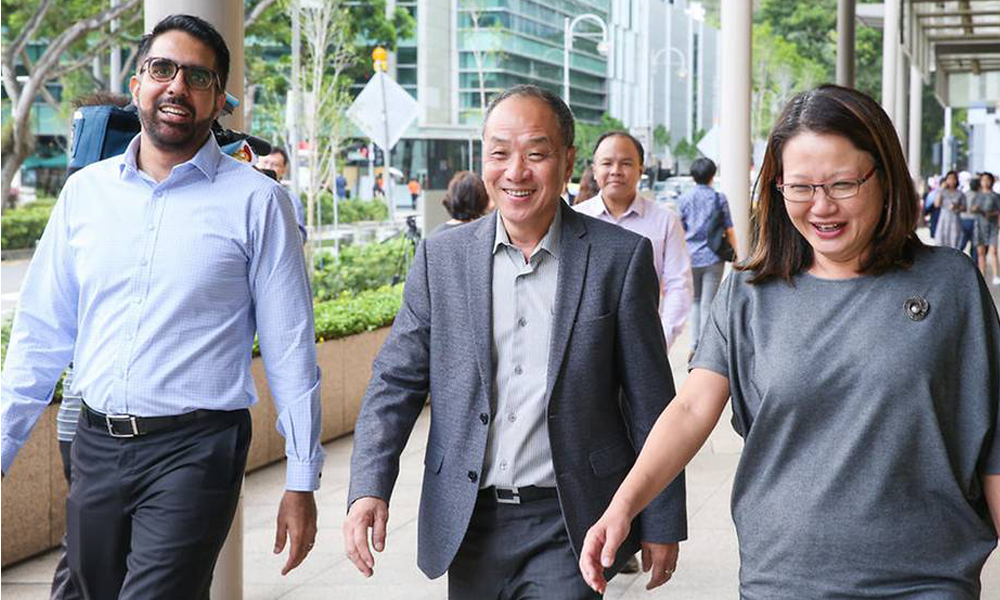 The Workers’ Party leaders 3 leaders have asked the public to support them in their court battle with Aljunied-Hougang Town Council and Pasir Ris-Punggol Town Council.

WP chairman Sylvia Lim, secretary-general Pritam Singh and former secretary-general Low Thia Khiang are being sued for over S$30 million by both town councils over alleged breach of fiduciary duty during their management of AHPETC.

The trio say they have sunk S$600,000 into legal fees so far, paid through their own pocket and not from party funds.

In a joint message posted on their fund-raising blog, they said:

“We are facing two civil law suits in the High Court. One suit is being brought by Aljunied-Hougang Town Council (AHTC), directed by an Independent Panel (Philip Jeyaretnam S.C., N. Sreenivasan S.C. and Ong Pang Thye) appointed under the Town Councils Act. The other suit is brought by Pasir Ris-Punggol Town Council (PRPTC).

Both suits allege that we and two other town councillors failed in our duties managing AHTC, and are liable to pay monies to AHTC and PRPTC. The total sum claimed against us is potentially more than $30 million, even though we are not accused of receiving any of these monies personally.

The claims against us are unfounded. We have acted in good faith, and did what we believed to be in the best interests of our residents and the Town Council. We have mounted rigorous defences in the two suits, and engaged a legal team from M/s Tan Rajah & Cheah.

We will fight the claims vigorously. If we lose the suits and are adjudged to pay large sums of money, and are unable to pay, we would face bankruptcy.

Since the suits commenced, the three of us have funded the legal expenses, using our personal savings and contributions from friends. We have not used any funds from the Workers’ Party. The total we have paid to our own lawyers to date is close to $600,000, covering the work done before the trial. The costs incurred so far have depleted our personal resources.

We need financial resources to fight the legal battle and to deal with the prospect of being made a bankrupt.

We now appeal to the public for financial support.

Thank you for your support. Every contribution, large and small, counts.”

You can find out more about the donation process here.