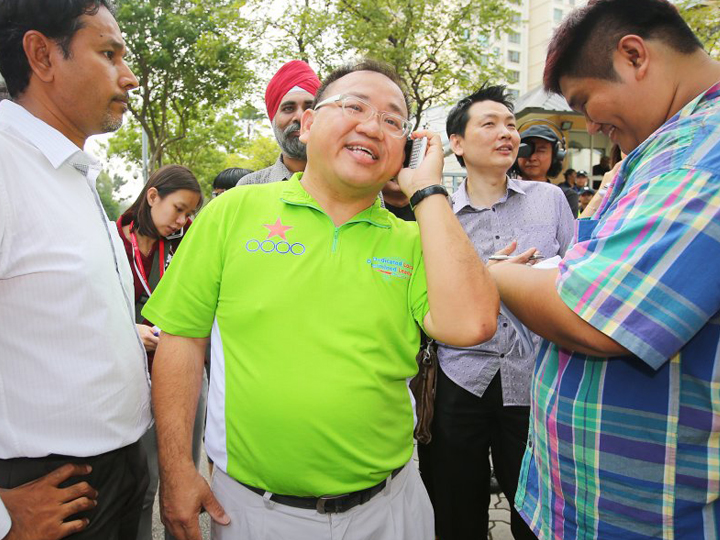 CAROLINE TAN: We, the residents of Pasir Ris-Punggol do not want the SDA to contest in our constituency. Many of us residents are unhappy, frustrated and fed up. The SDA had 2 General Elections to contest, and yet failed dismally. We do not want to waste another 5 years of a good chance of an opposition win as the SDA already screwed us for the last 10 years.

All around us, we see many comments from residents are who are also unhappy. It is clear and evident that SDA do not have what the ability nor the credibility to represent any constituency. I have been told SingFirst received many requests to contest in Pasir Ris-Punggol. SingFirst initially made known their interest, but dropped the idea because of SDA.

A number of residents, myself included and concerned friends have spoken to SDA on the party’s Facebook page, and some to Desmond through personal messages, but he and his party are too stubborn and refused to give in to the wishes of residents. Comments with sound suggestions and advice were snubbed and later deleted by their admin Ong Teik Seng who gave us template, arrogant, unintelligent replies. A Lina Ang even replied with such snootiness, reminding us that they have every right to delete any messages they considered as creating “havoc and chaos”. Another party who only wants to hear the right things. This coming from a delusional, clueless and no substance party. A Facebook friend tried persuading Desmond once again but wasn’t making any headway.

The level of frustrations and anger at SDA is on an all-time high now. I have seen many comments from Pasir Ris – Punggol residents in various friends’ Facebook posts and I can sense that they are all feeling the same as I do. As much as we all agree that there should be more opposition parties representing the people, we must also look at the quality of these parties and their members.

At this juncture, we should all be talking of quality and not quantity. The ground seems sweeter now for the taking. We want a chance of a win. We have had enough of losing. WE want change and change can only come without SDA being the stumbling block. We believe that without SDA, other opposition parties will eye this constituency. We may not get this chance again in the next GE. It is now or never. We hope that alternative social media can help persuade SDA to step aside in Pasir Ris-Punggol GRC. This is what we residents want.

(Read a response to this letter here: Desmond “Ang Moh Not Powderful”, but He is a Do-er and has the Heart for the People)

Thanks Caroline for this letter.
Send us your letters at mail@redwiretimes.com
Find us on Facebook! https://www.facebook.com/redwire.singapore