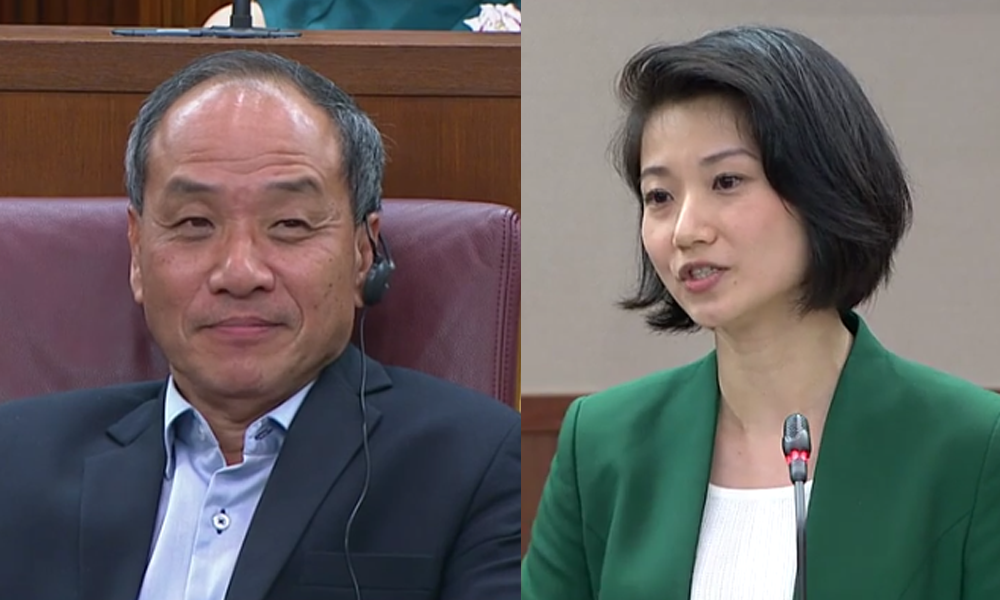 Old is gold, or at least in the case of former Workers’ Party secretary-general Low Thia Khiang.

The 62-year-old Aljunied GRC MP and former teacher taught his PAP counterpart Sun a lesson in the art of rebuttal during their parliamentary debate on the fake news bill.

Speaking in Mandarin on the potential for the government to abuse the law, 39-year-old Sun, MP for Pasir Ris-Punggol GRC, said that there are checks and balances in place because of Singapore’s citizenry.

In Mandarin, this citizenry is known as “众”, a Chinese character made up of 3 “people” characters – 1 on top and 2 at the bottom.

Sun said that, just like the “众” character, those checks and balances are provided by 3 factions of the Singapore populace – the people, the courts, and the government.

It’s unclear how many scholars are needed to craft a parliamentary response, but for the wily and eloquent Low, an on-the-fly one-man-show put Sun in her place.

Responding to her “众” analogy, he said:

“The minister brought up an interesting analogy.  But in the case of the “众” word, there’s always someone at the top. The person at the top, the minister, has already made a decision. So for the other two, they’ll just have to sit below (i.e support or follow). And so, yes that’s how things work.”

In her attempt at a comeback, Sun said that she meant the person she meant sitting at the top of “众” to be the court.

However, the damage was done and by the time there were smirks all around in parliament.

Follow the progress of Sleeping Beauty at the top right hand corner: 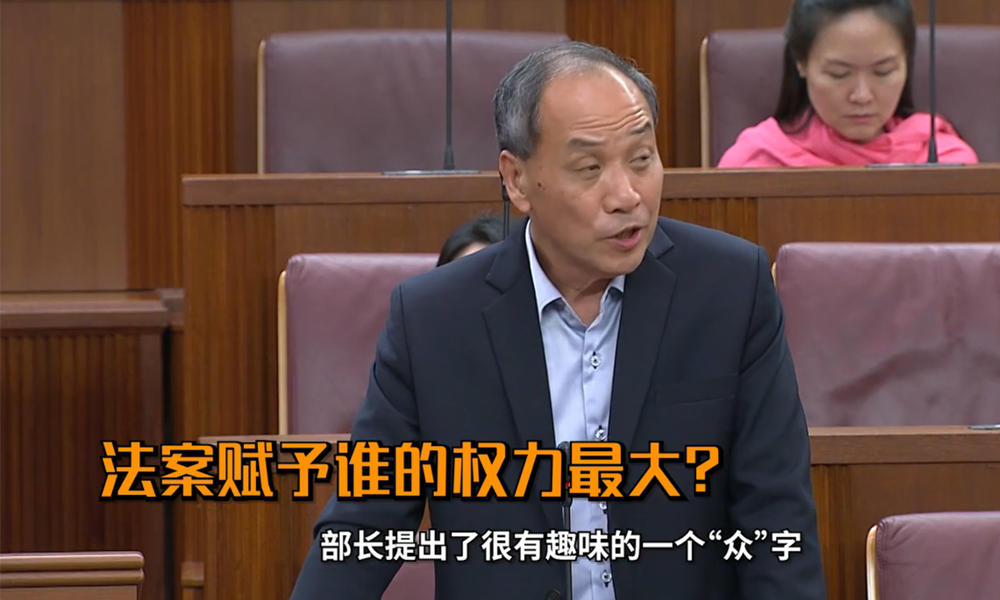 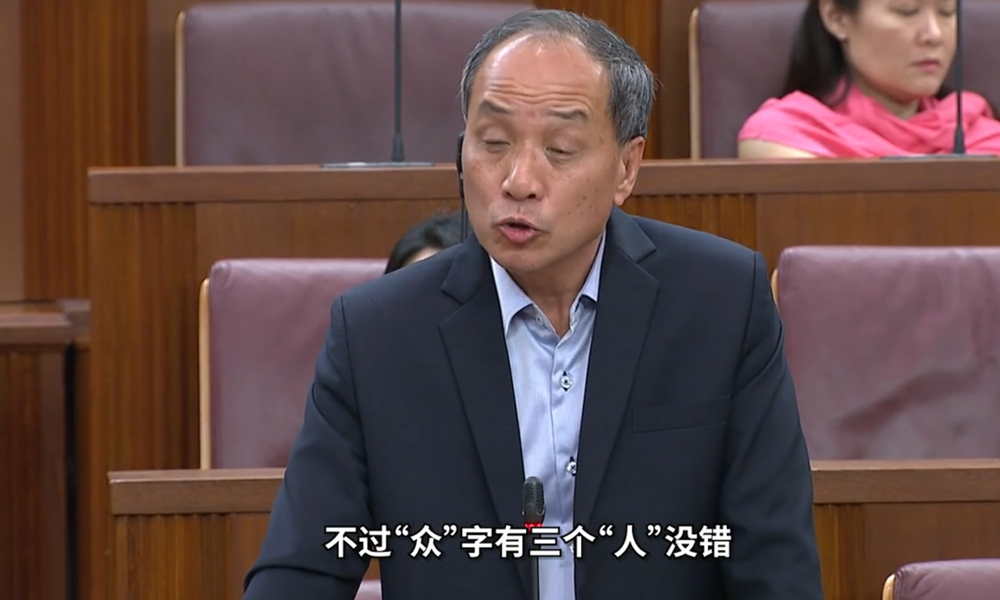 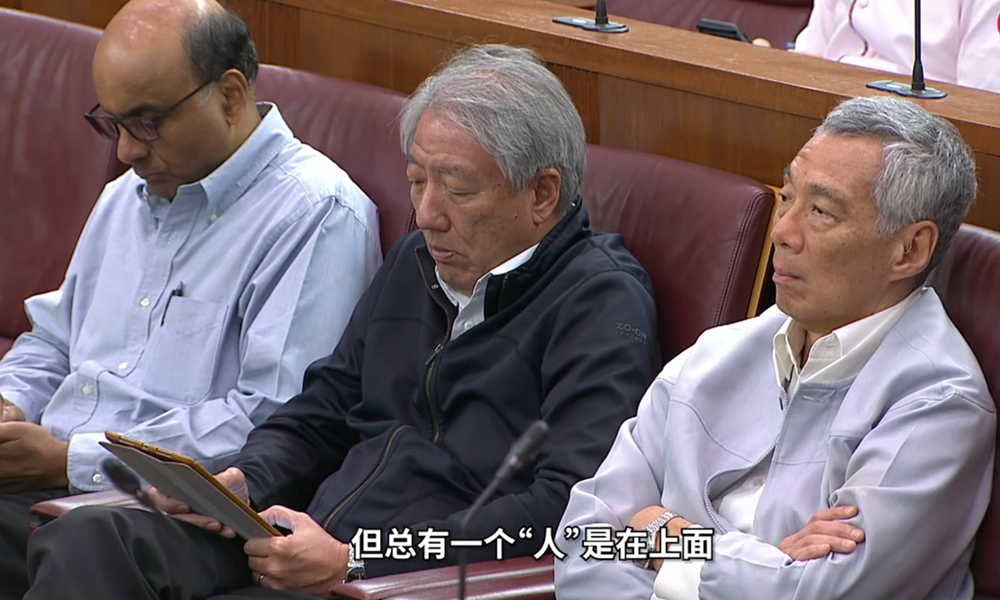 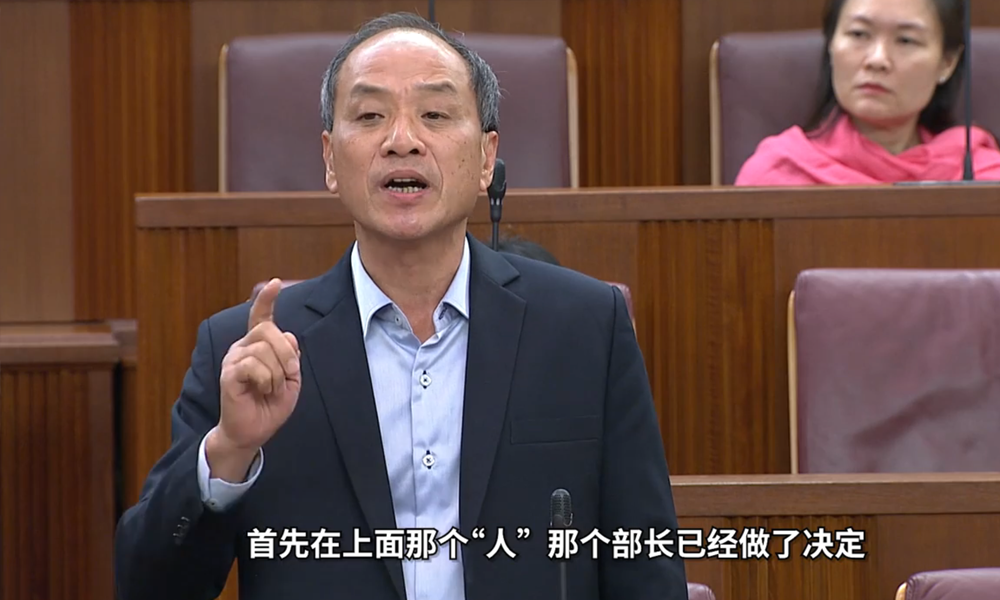 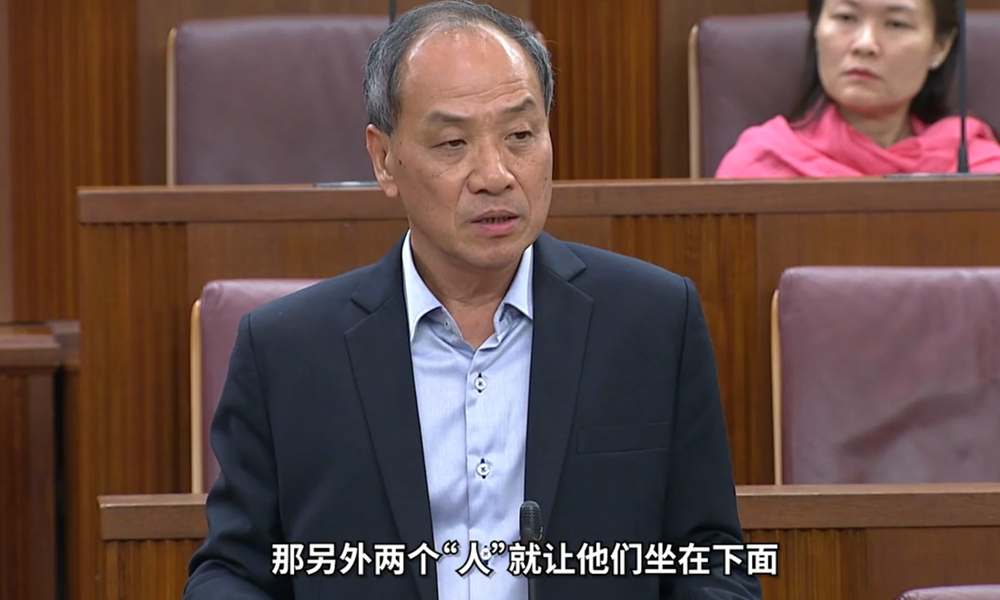 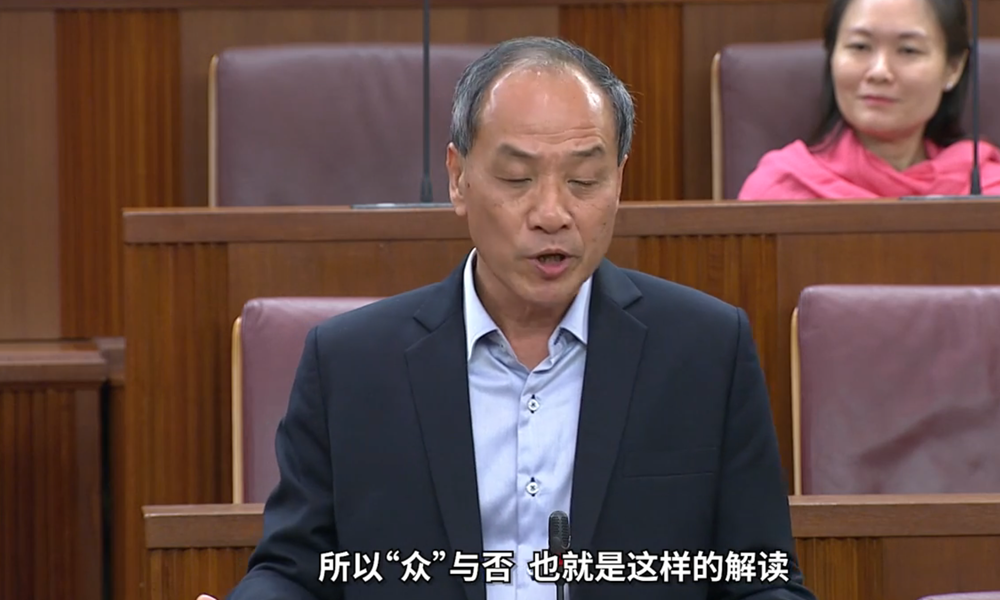