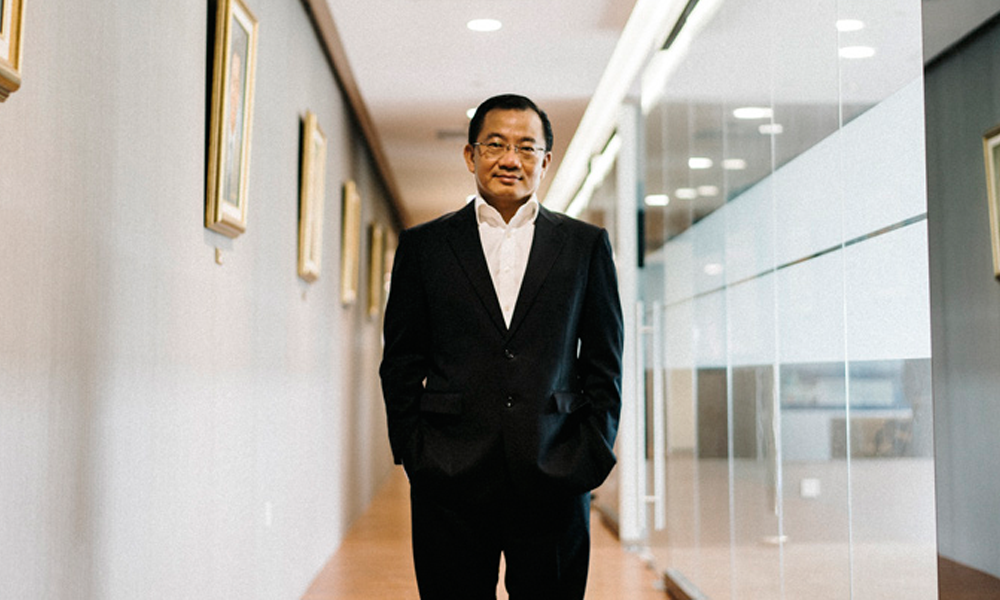 The de facto Acting Chairman of the Committee on Deliberate Online Falsehoods has apologised today after being caught out for publishing falsehoods online.

Seah Kian Peng, who is the PAP MP representing Marine Parade GRC, also took the chance to chastise persons angered by comments in his apology note posted on Facebook.

Seah, in what some suspect is an attempt to cast doubt on the opposition bloc, commented on comment made by a former SDP member and accused her of supporting foreign intervention in Singapore’s domestic politics.

That former SDP member is Teo Soh Lung, who stood for election under the SDP banner in the 2011 General Election but is no longer a member of the party.

Apparently, no one reminded Seah that it’s now 2018.

Teo made a comment about Singapore being “part of Malaya la”, following a meeting between a group of Singaporean political activists led by historian Dr Thum Ping Tjin (including one non-partisan cartoonist, Sonny Liew) who met with Malaysian Prime Minister Dr Mahathir Mohamad last week.

“Really? This is what PJ Thum and Teo Soh Lung and the SDP believe in their heart of hearts?”

The SDP issued a quick clarification following that statement saying that Teo is no longer with the party and that Dr Thum is not a member of the party, adding that their views are not representative of the SDP. 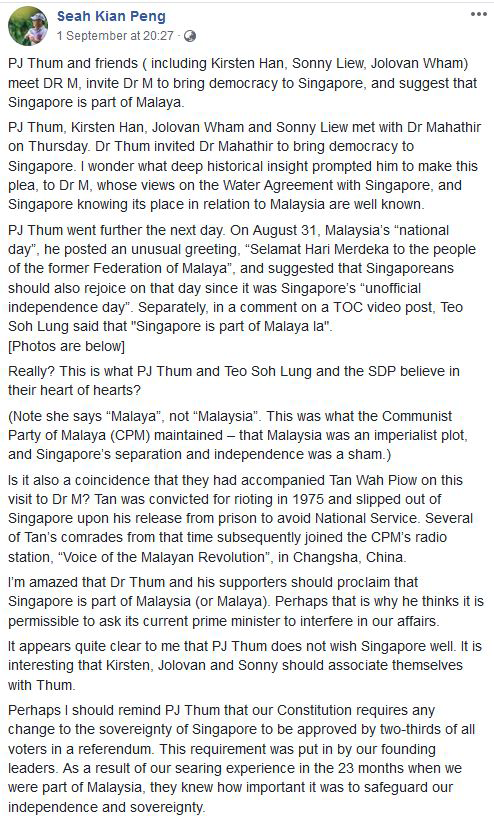 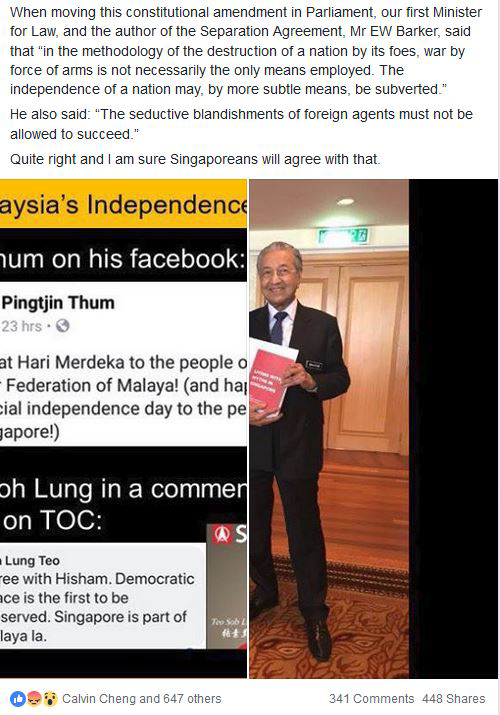 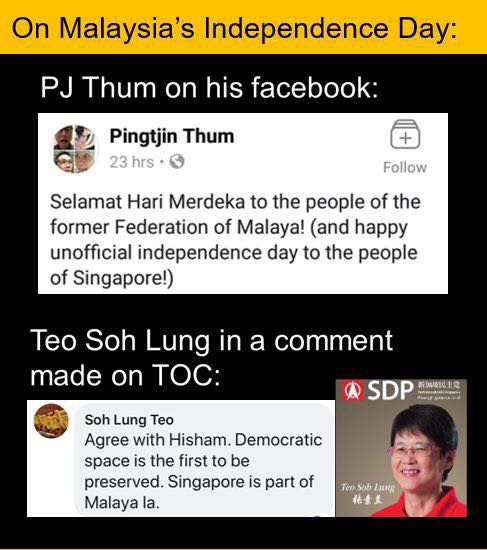 “As Ms Teo had previously stood as a SDP candidate in GE2011, I had assumed she was still a member. I apologise for this wrong assumption and thank SDP for the clarification.”

Adding an additional potshot to persons who were angered that by the fake news he published, Seah told commentators to remain civil:

“Whilst we have different points of views, I call on all to maintain a certain decorum in our comments and we should not get personal or abusive. We can all agree to disagree and be civil about it … Let us always remain civil in our views and comments on any matter.” 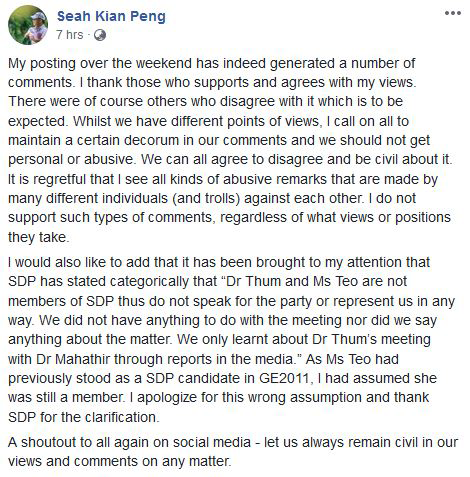 Seah has been reminded by the Singaporean public that he would do well to heed the words of fellow fake new committee member and PAP MP Sun Xueling:

“I think all of us want to see real, accurate information online.”

This is not the first time that the fake news committee has published falsehoods online about Singaporean political activists.

PAP MP and chairman of the committee, Charles Chong, has been caught out more than once for disseminating fake news aimed at discrediting political activist and opposition politicians.