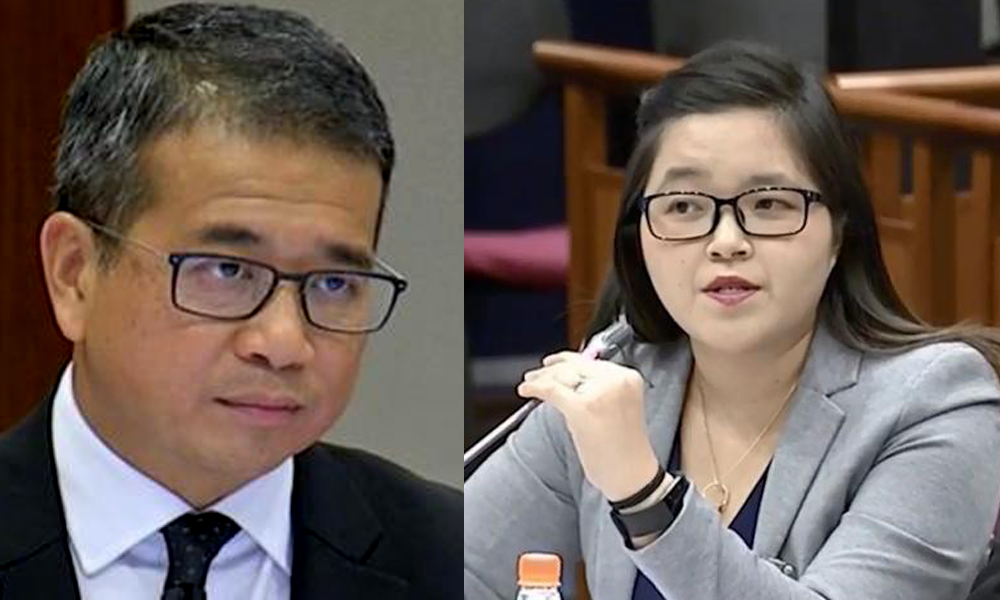 The report detailed a “summary of the evidence” by speakers who sat for the hearing that day. 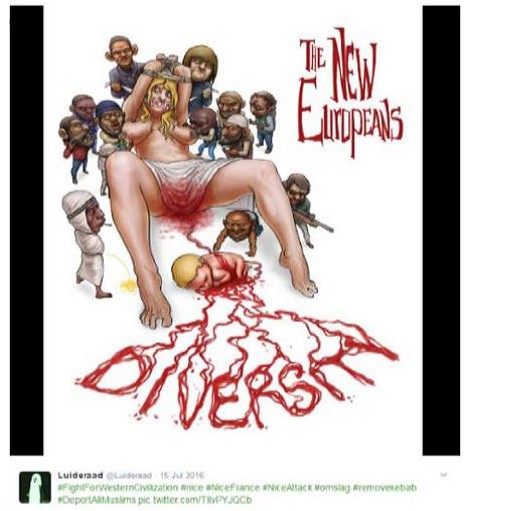 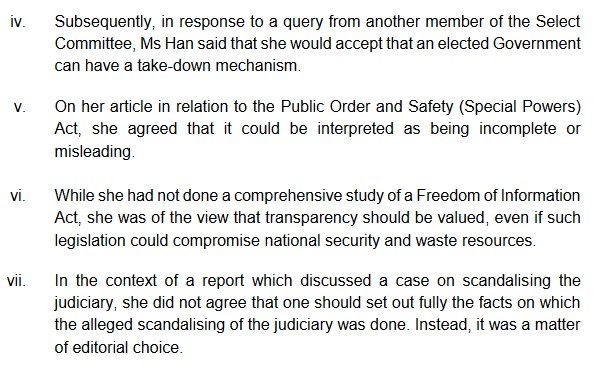 “It’s come to my attention that the summary of evidence for the session with myself, Terry Xu, Howard Lee and Shih-Tung Ngiam, and Jolovan Wham after us, has been released on the Parliament website. The summary is inaccurate and misrepresents my views.”

Han had been questioned for 5 hours at the hearing together with The Online Citizen editor Terry Xu by PAP MP Edwin Tong – an appointed-member of the Select Committee.

One portion of the summary Han takes issue with is this:

This is the dialogue between Tong and Han on the issue, as extracted by The Online Citizen:

Mr Edwin Tong Chun Fai: That is a question of description. What I’m saying to you is that if you are trying to advocate the view, then I think the complete facts which support or detract from that view ought to be set out so that readers can judge?

Ms Kirsten Han: Again, that is a matter of editorial choice because as journalists we cannot list every single fact that’s related to the issue.

Mr Edwin Tong Chun Fai: Don’t repeat that. I know. But the point is within that context, you must also know that what facts you should set out which would lend your story or your conclusion to a credible landing and also provide the basis for people to form a view?

Ms Kirsten Han: I’m sorry, but, you know, it’s not that I’m deliberately trying to be difficult, but I have to repeat again that it is a matter of editorial choice and that is the answer that —

Mr Edwin Tong Chun Fai: So it’s outside of your control?

Ms Kirsten Han: My answer will not change.”

Han says she is “working on a formal complaint for my portion of the summary”.

She has urged the public to watch the video of the hearing and compare it to the committee’s summary.