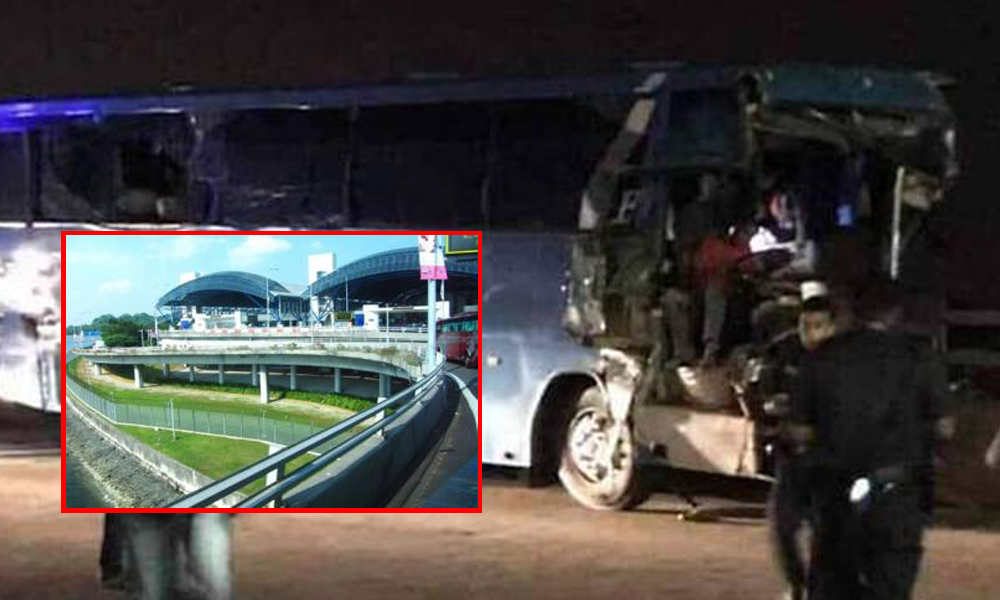 A bus crash near the Tuas Checkpoint this morning saw two women thrown out of the bus and over the flyover connecting to the checkpoint.

One of the woman, a 35-year-old, was pronounced dead at the scene and the other was badly injured.

The bus was heading travelling from Malaysia to Singapore at about 4.25am when the incident took place.

At the time, the bus was carrying 17 persons, including the driver.

The 2 women are believed to have been sitting at the front of the bus when it crashed into a railing near the checkpoint.

They were thrown out of the bus and later found at the foot of the flyover – estimated to be around 3-storeys high.

The bus driver was trapped in his seat and SCDF officers had to be rescue him using hydraulic equipment.

Twelve persons were sent to hospital for treatment.

The heavy vehicle lane heading towards Singapore was closed for over 4 hours after the crash, and buses and lorries were diverted back to Malaysia.

Police have arrested the 59-year-old on the charge of causing death by rash act and investigations are ongoing.