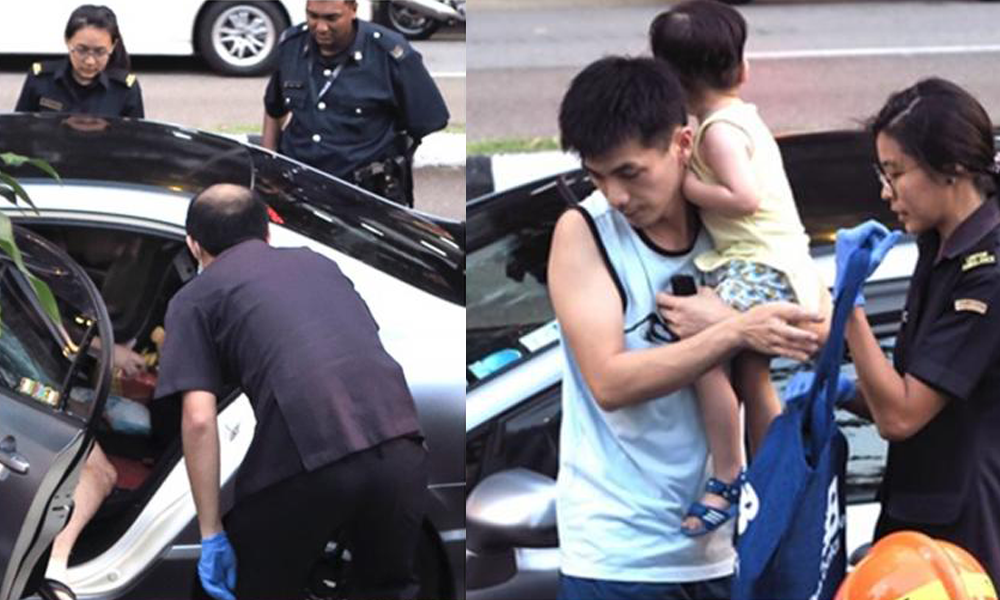 When in Rome… or anywhere else in the world lah, don’t give car keys to toddlers!

This dad gave his 3-year-old son his car keys, intending to quickly hop out of the car to take something from the rear passenger seat.

He got locked out then became damn kan cheong and called the cops.

The incident took place yesterday (4 Apr) at about 6.45pm at Toa Payoh Lorong 1A.

Dad had passed the car keys to his toddler, seated in a child seat, then got out of the car.

Somehow, the toddler managed to accidentally press a button on the key that locked all the doors to the car.

Dad, who had just gotten out of the car was, needless to say, stunned like vegetable.

The toddler, as most toddlers are, didn’t know which button to press to unlock the doors.

Desperate Dad then called the police.

Police and paramedics subsequently arrived on scene and prised open the car door.

The toddler, drenched in sweat, had been trapped in the car for 30 minutes.

However, all’s well that ends well as the toddler was found to be in good health and didn’t need medical treatment.