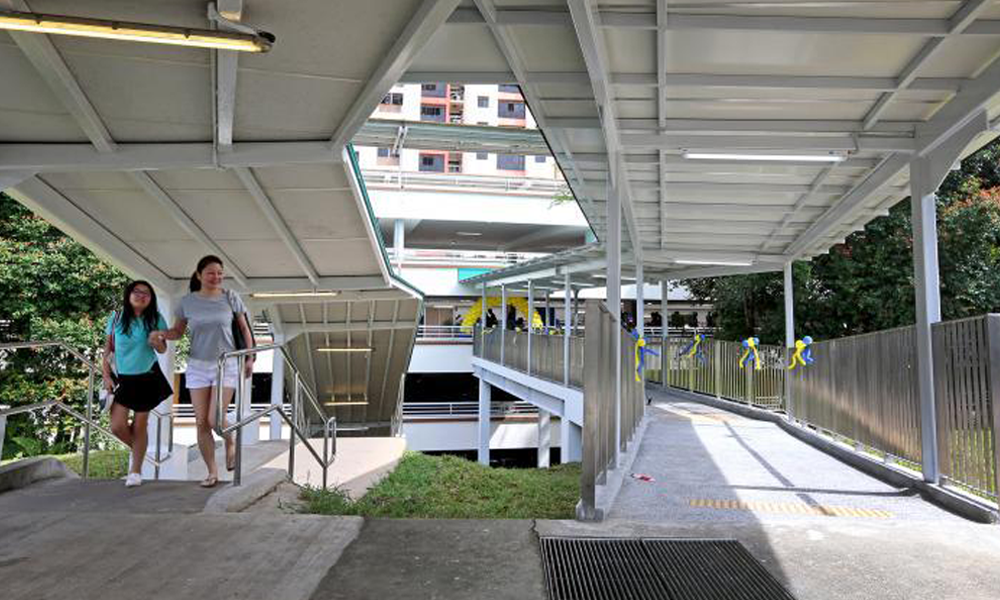 But what’s got the public disturbed is how residents were asked to donate money to help fund the sheltered linkway, which cost S$388,000 to build.

The area falls under the purview of Sengkang South Division of Ang Mo Kio Town Council.

According to Ang Mo Kio GRC MP Gan Thiam Poh, who overseas that division, the idea for the linkway was mooted by grassroots leaders as a “community initiative”.

Instead of seeking grants from the National Development Ministry, which disburses funds to town councils through the Community Improvement Projects Committee (CIPC), grassroots leaders decided to turn to the public for funds.

Donations were sought from residents, private donors, and grassroots leaders.

Commenting on the decision not to seek government grants to build the linkway, Mr Gan said that the deeper significance of the linkway was considered and the project was seen as a means to strengthen community bonding.

He said that the move to have residents help fund the linkway would give them a greater sense of participation and belonging.

Before the linkway was built, residents had to climb a steep 40-step stairs which reaches 3 storeys high to reach the bus-stop.

Now, residents can take a lift to the third storey of the adjacent carpark and get to the bus stop without having to climb any steps.

While Mr Gan touts the new linkway as a measure that will benefit the elderly, the public has been quick to question why such a linkway wasn’t build in the new estate in the first place, and whether there was an oversight during the planning stage.

Other factions of the public don’t buy the “sense of belonging” explanation and have questioned the motives for not seeking funds from the MND for the public project.