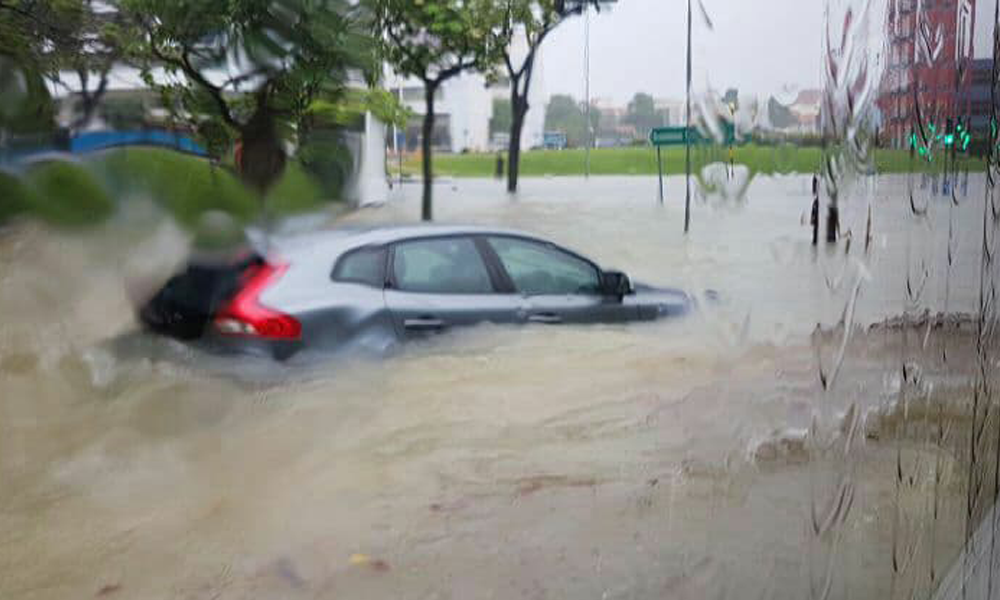 ELSON: In 2015, flash floods were reported on 6 days, according to the PUB.

Last year, there were 14 days in which flash floods were reported in Singapore – a 130 percent jump in 2 years.

That’s just as we thought things were getting better since the “dark days” of 2013 where flash floods were reported on 36 days.

But what’s irking is how inadequate flood-prevention measures have proven to be in areas which are known to be prone to floods.

In other words, the authorities had one job and more than one chance to get it right, but they still haven’t.

SMRT blamed staff deceit for Singapore’s first-ever tunnel flooding, but who do enforcement agencies blame when the same public roads get flooded time and again despite prior knowledge that a flood is likely?

There’s a cost to all this – commuters suffer inconvenience, but businesses bear the brunt of the cost because a wet pair of trousers is a pittance compared to tens of thousands in destroyed goods and staff loss of productivity – tens of thousands for ONE affected business, and we know that floods don’t just impact one.

Take for example the flooding that always seems to impact the Cuscaden stretch of Orchard Road – it’s been going on for years.

And as for the Thomson Road flooding which the authorities blamed on contractors of the MRT line there, it happened twice in a month with the second time coming after PUB had already identified the cause of the flood – where then was the enforcement and monitoring to make sure once was more than enough?

Now, the PUB says that those locations along the eastern part of Singapore that were flooded today are known flood-prone areas.

Where then are the preventive measures?