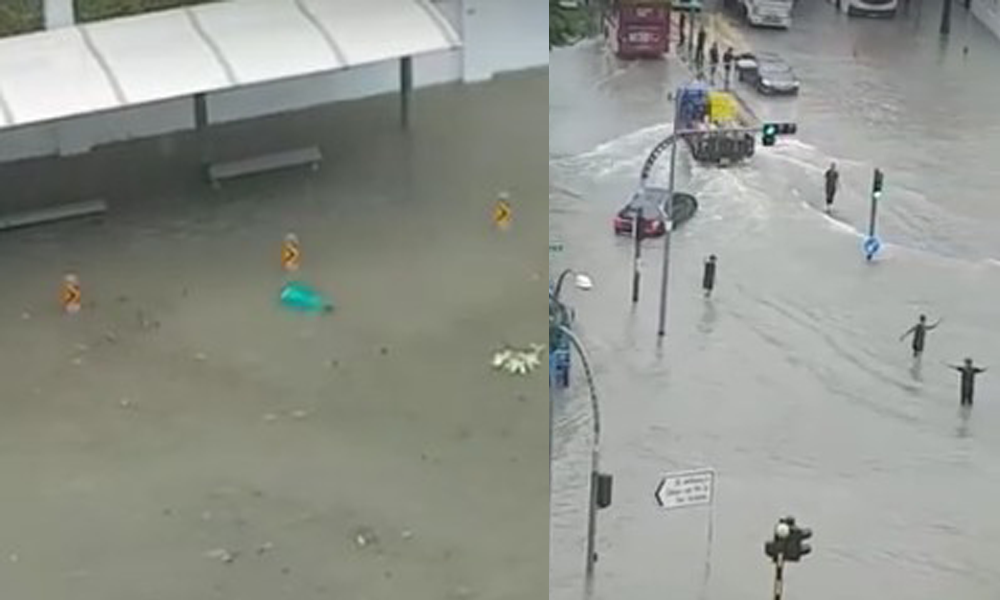 Easterners this morning were damn suay to be hit by flash floods, resulting in many having to wade knee-deep in floodwaters as they made their way to work.

Water levels in several waterways, such as Sungei Tongkang, Sungei Kallang and Bedok Canal were close to being full, with the PUB issuing “high flood risk” alerts for them. 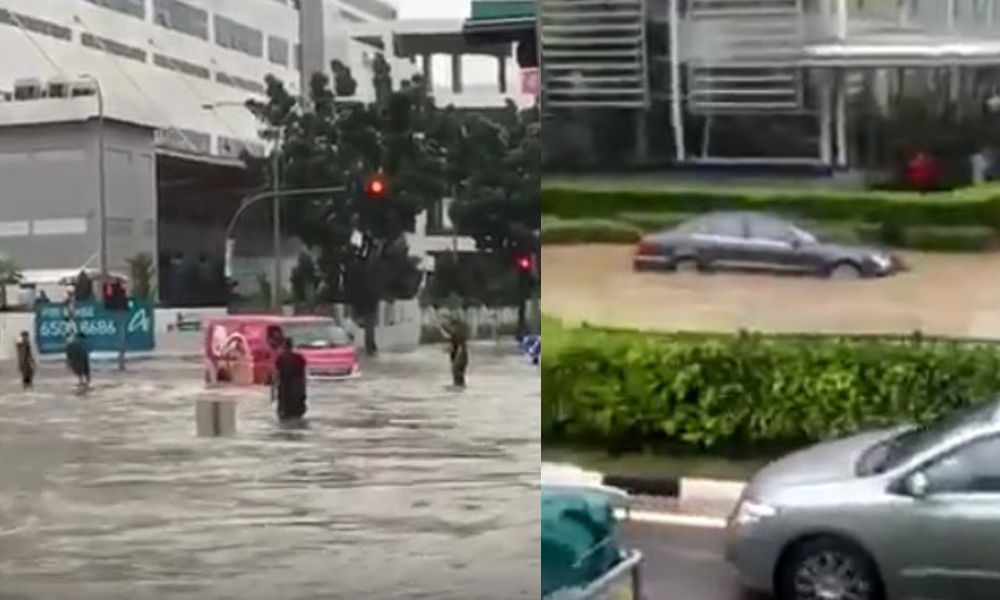 Firefighters from Changi Fire Station took the initiative to help motorists whose vehicles were stranded in flooded areas.

About 30 firefighters went out and helped to move 6 vehicles away from the flooded area.

They also helped to direct traffic until the traffic police and officers from national water agency PUB arrived.

By 10.30am, the floodwaters began to subside.

The PUB said in a statement that the flash floods were due to intense rainfall due to the prevailing north-east monsoon, and this was aggravated by the development of a Sumatra squall over the Straits of Malacca which moved eastwards, affecting Singapore.

It has urged the public to exercise caution and avoid walking or driving into flooded or flood-prone areas, and monitor weather conditions via its mobile app MyWaters.