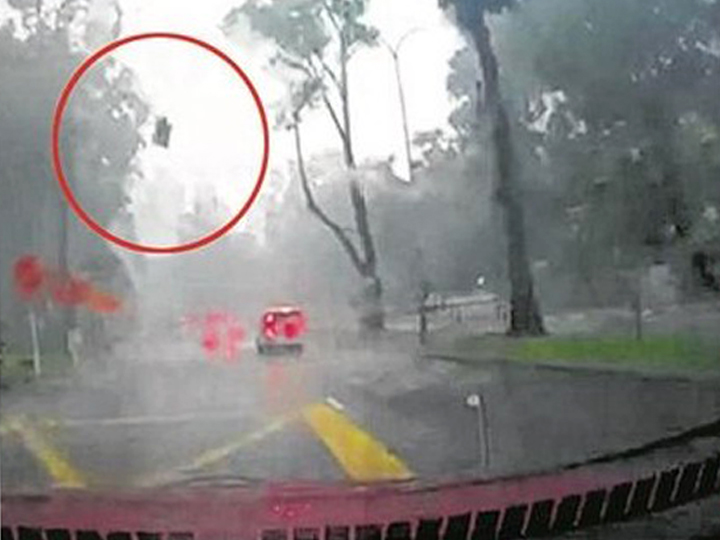 The weather has been pretty unpredictable lately, fluctuating from hot sunshine to heavy rain.

If you’re driving along Grange Road in the Orchard area when the winds are strong, beware of unidentified falling objects!

This sofa apparently fell out of the sky and landed in front of a motorist yesterday at 9.40am.

The motorist, Mr Bai, was driving with his wife in tow when he saw a black speck across his windshield.

In a matter of seconds, the speck, which could pass off as a UFO, revealed itself to be a whole damn sofa.

And, it crashed on the road just metres in front of Mr Bai’s car.

He said that the wind subsequently blew the sofa to the side of the road.

The sofa is believed to have been placed on the balcony of a 20th storey at the Cliveden at Grange condominium.