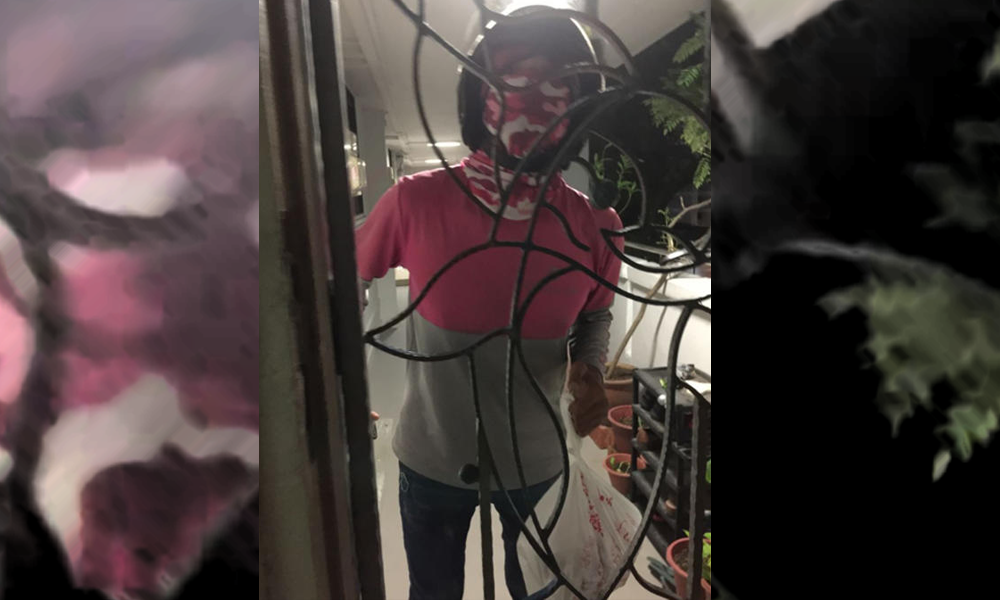 A photo of a masked man who claims to be a Foodpanda delivery rider is making its rounds on messaging platforms.

The fishy thing is, he’s fully-masked despite wearing a Foodpanda shirt and carrying a plastic bag, and residents of homes that have been approached reportedly didn’t order any food to begin with!

So who the hell is this chap?

According to messages that have been circulated:

“Be aware that these guys are targeting people’s house (even though) none ordered food,” read the message. “These guys pretended to deliver food and asked (residents) to open the door.”

“I can confirm that this person is not a rider on shift, but is falsely posing as a delivery rider”.

Andreani said that Foodpanda has “never had reports of this nature” to date.

“Riders are taught not to cover their face and always behave amiably with our customers.”

Foodpanda is investigating this incident further has indicated that it will cooperate with police to find the culprit.

“If any customers see this person again and haven’t ordered from us directly, please call the police immediately.”