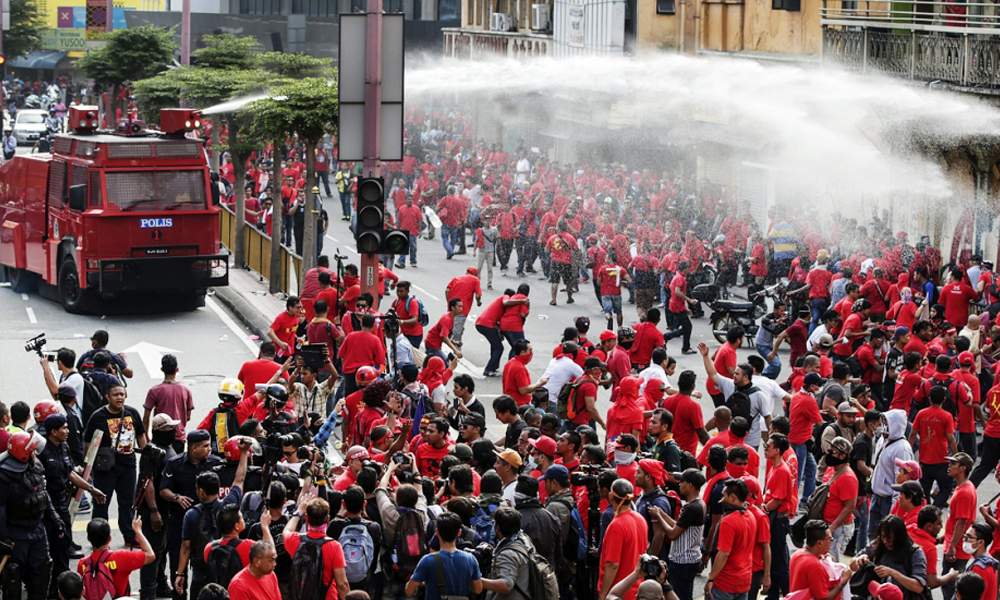 The Ministry of Foreign Affairs has issued an advisory warning Singaporeans to avoid heading to Kuala Lumpur over the weekend.

This comes ahead of a mass demonstration organised by PAS and UMNO in relation to the government’s ratification of the International Convention on the Elimination of All Forms of Racial Discrimination (ICERD).

Tens of thousands are expected to take part in the demonstration.

“As with large congregations or demonstrations, there is a possibility that limited and isolated skirmishes might take place. There may also be traffic disruptions and other disturbances that will impact travellers.”

PAS, Umno and Malay-Muslim groups are pressing ahead with the demonstration tomorrow despite the Malaysian government calling for a stop to it.

The government said that such a demonstration would be pointless as it has already decided not to ratify the ICERD.

However, PAS and UMNO now state that the demonstration is a rally to celebrate the decision not to ratify the treaty.

A previous “Malay Pride” rally organised by UMNO in 2015 (pictured) resulted in clashes between protesters and the police.