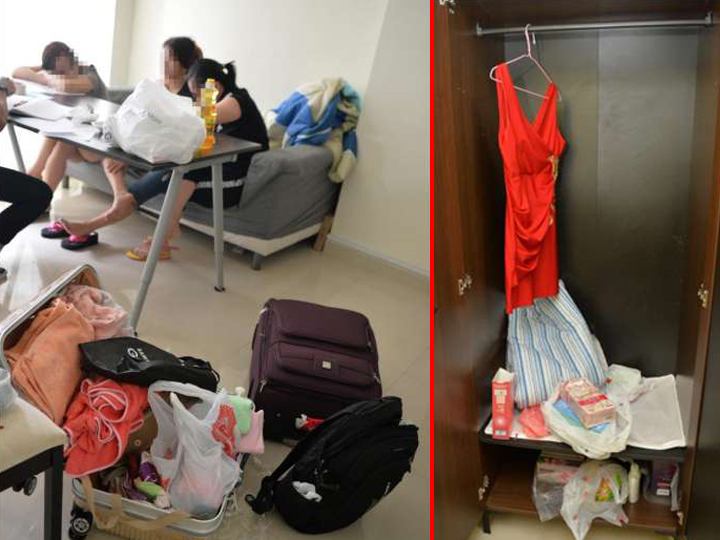 Three women who are foreigners between the age of 37 and 42 have been arrested for providing sexual services.

They were found to be in Singapore on social visit passes, but allegedly used them to engage in prostitution-related activities.

One of them had apparently just arrived in Singapore and had not even unpacked her luggage, in which the police found two large bags containing condoms.

The woman are believed to have advertised sexual services on various websites.

Neighbours say they often saw strangers pacing the corridor outside the unit, and they were glad the women had been arrested.

This arrest follows a high-profile bust in May involving atas Russian prostitutes who serviced high-end clients.

The prostitutes used a Bella Casita condominium unit in Tanjong Katong as their base of operations.