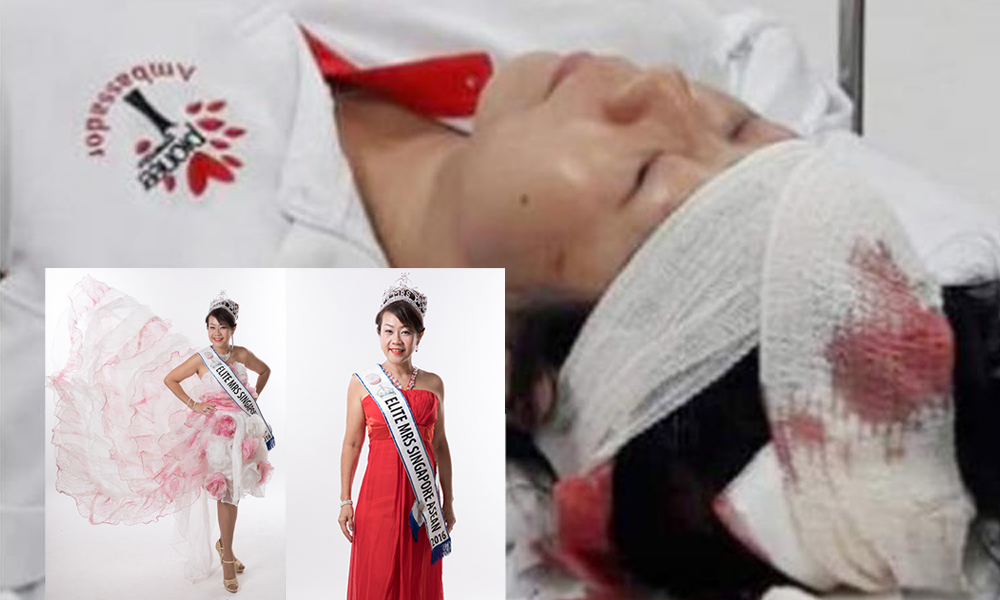 The 49-year-old was hit by the e-scooter at about 2pm, when she was heading to the community garden at Bishan-Ang Mo Kio Park to pick herbal leaves for a friend’s father who had taken ill.

Ho said her recollection of the crash is foggy.

She remembers using her handphone to send a couple of short messages to her husband, and shortly after that paramedics arrived and sent her to the hospital.

As a result of the crash, Ho suffered a 3cm-long cut on the back of her head, another cut on her nose, and swelling to the right side of her face.

She is still warded in hospital as the bleeding from the cut on her head hasn’t stopped.

Ho, a homemaker and grassroots volunteer, was crowned Elite Mrs Singapore ASEAN in 2016.

She intends to report the matter to the police once she has been discharged.