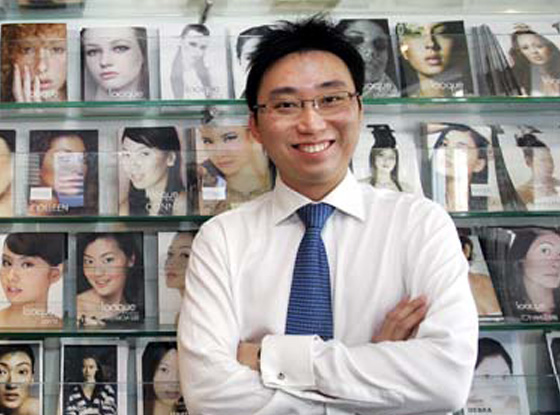 A.S.E: While looking up unrelated things on the internet, I was quite surprised to find the following which involved Calvin Cheng very intimately. Basically, Calvin Cheng “played a central role” in price-fixing as president of the Association of Modelling Industry Professionals (AMIP). On 23 November 2011, the Competition Commission of Singapore (CCS) found 11 modelling agencies guilty of price-fixing, using the AMIP as a “front” for collusion.

Why is this important? Calvin Cheng was a Nominated Member of Parliament from July 2009 till May 2011 (when Parliament was dissolved for the General Election), and he had the privilege of influencing and deciding upon (to whatever extent) policy. Even today, he wears that badge proudly and claims to speak from a moral high ground. It is very clear from the documentary evidence that Calvin Cheng knew about the existence of the Competition Act, and he was keen to avoid the appearance of price fixing. In other words, he knew he was doing wrong, and he did it all the same.

“CCS notes that the evidence shows that Calvin Cheng, as then president of the AMIP, played a central role in coordinating the actions of AMIP members.” (point 213h, page 85 of Infringement Decision, Case number CCS 500/002/09 dated 23 November 2011)

“Calvin Cheng had given instructions to the Parties on how to mask the fact that this was a collective action on the part of the Parties raise rates so as to avoid attracting attention and complaints.” (point 371, page 129 of Infringement Decision, Case number CCS 500/002/09 dated 23 November 2011)

Calvin Cheng filed an appeal, which was disallowed, and in the appeal decision, it writes:

“Mr Cheng complains that those parts of the Infringement Decision quoted above are highly damaging to his character.” (point 20, page 8 of Appeal No 1, dated 31 May 2012)

The character of people who speak out is important. Even Calvin Cheng realised that what was said about him was damaging. You decide whether his character is suitable or not.

Below is the evidence which is freely available from the Ministry of Trade and Industry and the CCS website.

The basic sequence is that on 23 November 2011, the CSC announced that it was sanctioning 11 modelling agencies “for breaching the Competition Act” (1). The evidence and judgement were presented in the Infringement Decision (2).

Some of the modelling agencies involved, as well as Calvin Cheng personally, appealed the decision of the CCS. Calvin Cheng’s personal appeal was referred to as Appeal No. 1 (3), while the appeal of the agencies were divided into 2 appeals, Appeal No. 2, and Appeal No. 3. It is important to note that the modelling agencies did not dispute the fact that they were guilty, but only the amount of fines they received. The amount of fines were reduced on appeal. As for Calvin Cheng’s appeal in his personal capacity, it was disallowed on the grounds that he had no right of appeal. An overall summary of the case, appeals and links to documents, excluding Calvin Cheng’s Appeal No. 1 is available (4).

(3) Notice of Appeal by Mr Calvin Cheng Ern Lee, referred to as Appeal No. 1: www.mti.gov.sg/legislation/Pages/Appeal-12012.aspx

This commentary was submitted by A.S.E.
Send us your commentaries at mail@redwiretimes.com