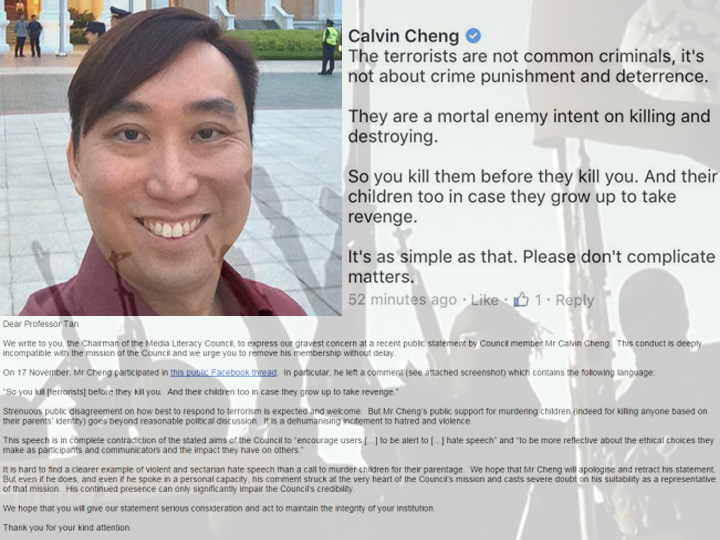 Only one former nominated MP could whip up a sh*tstorm of derision of this magnitude.

Calvin Cheng, who’s now a businessman and member of the Media Literacy Council, has lashed out at cyber-bullies for spamming him and his staff with hate mail, following his insights into how to manage terrorism.

“I have been the victim of a hate-campaign by the usual Opposition-supporting socio-political websites like TRE, WUS, ASS, TOC, as well as opposition-linked activists.”

“In the US, similar tactics were used to bombard Mozilla with email, who was then forced to sack their CEO for donating US$1,000 to a campaign that sought to make same-sex marriage illegal.

They are now doing the same to my poor employees who are being harassed every hour by emails sent repeatedly by these people.”

It is unclear for now how many spam emails Cheng and co have received.

Cheng had commented in a Facebook discussion thread that children terrorists should be killed, and so too their children to prevent terrorism from spawning further down the line. 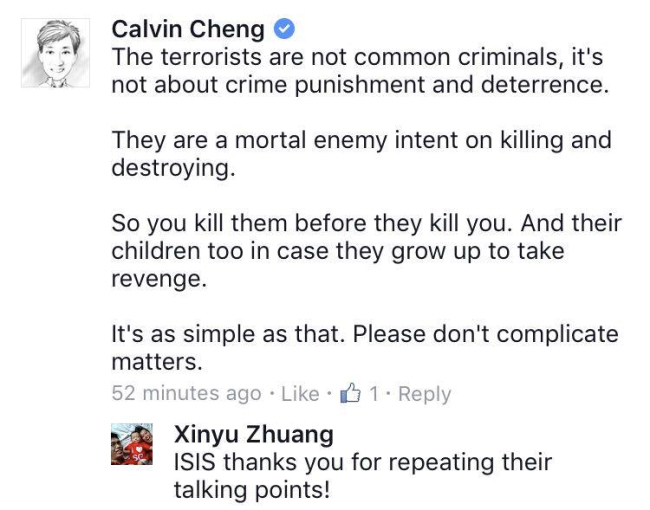 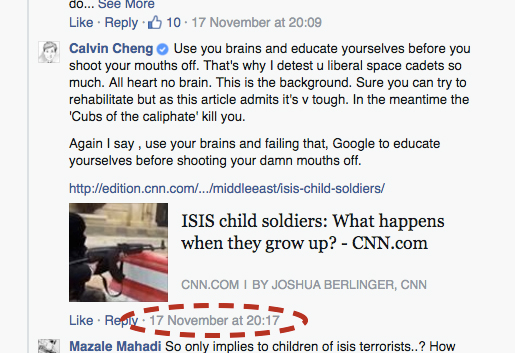 Netizens who took offence at those comments have also rallied against Cheng in a letter to the Media Literacy Council calling for Cheng to be disciplined for his “kid-killing”stance.

Not taking this lying down, Cheng has further launched an attack on local writer Kirsten Han, local new media websites, and SDP supporters, whom he suspects are out to do him in.

“The moral majority must stand up to these extremists, many who are SDP supporters and activists, who are trying to make me a victim of a hate campaign for saying something about an issue that has nothing to do with Singapore, Singaporeans or hopefully anybody remotely connected to Singapore. (see below)

These tactics must also be fully condemned, and especially traitorous Singaporeans like Kirsten Han and the editors of TOC who would gang up with Western forces to do Singapore in. Kirsten Han especially needs to be stopped as she regularly writes for anti-Singapore publications to run us down, and to suck up to the Western liberals.”

The incident has sparked a huge online debate with hundreds of comments streaming in on Cheng’s Facebook page deriding him for his “kid-killing” comments, and for not being able to swallow a dose of his own medicine. 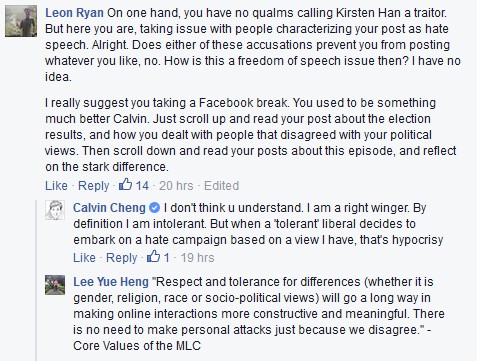 For now, the saga continues with both Cheng and irate netizens unwilling to back down from their positions.